The most popular video service in the world, DirectTV, and the world leader in 3D TV Technology, Panasonic, announced the launch of three 3D channels including n3D, which is powered by Panasonic and is dedicated to 3D programming.

n3D is now available for free (at no additional cost) on channel 103 to the millions of the customers that DirectTV HD has. They will have exclusive access to original 3D programming through July, 2010.

DirectTV is also launching DirectTV Cinema in 3D on channel 104, Under the Sea 3D and n3D On Demand on the 105th channel, and ESPN on channel 106.

Executive Vice President of Content Strategy and Development for DirectTV, Derek Chang, said that the ability to bring high-quality 3D programming into the home is a huge advancement in the evolution of television, and the their innovative technology has allowed them to lead the industry in HD and also that they are continuing on that same path by establishing their selves as the premier destination for the best 3D viewing experience available. He also stated that they are very proud to be partnering with Panasonic and that they are excited to deliver this new dimension of television to millions of DirectTV HD customers across the country.

Chairman and CEO of Panasonic Corporation in North America, Joseph M. Tayloer, said that this is a major milestone in the young history of 3D home entertainment and that Panasonic is very proud to work with DirectTV to bring consumers this new TV channel dedicated exclusively to 3D programming. He also stated that they have launched their VIERA 3D TVs and Blu-ray 3D Player, and they have been very well received by consumers, but they know the key to the success of 3D for the home is the availability of content and that the arrival of n3D underscores the fact that consumers will have access to a rapidly growing range of 3D TV programming including live major sports and entertainment events as well as movies on 3D Blu-ray Disc in 2010.

Fujifilm’s XF line has been known for its nice cameras with tons of features and options but the only problem with the XF series is price as most XF cameras cost way too much for the average user. The newest addition to the line is here to change the situation – the XF1 offers the same XF...

The popular AMD graphics cards maker Sapphire has announced that it will release a special performance optimized BIOS for the recently released AMD R9 290 graphics card. The BIOS targets hardware enthusiasts and overclockers and is intended to provide more headroom for overclocking... 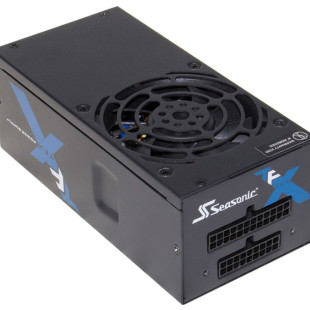 Seasonic has shown one more TFX power supply unit at Computex 2016, months after rumors of the first such company PSU surfaced online. The PSU measures 175 x 85 x 65 mm and has been designed for consumer PCs. The only difference between this model and the original one, which was rumored back in...