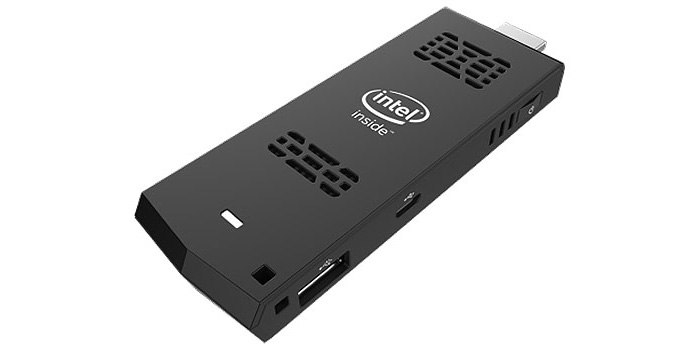 Chip maker Intel has officially unveiled the new HDMI Compute Stick mini PC, which we reported on a while ago. The new gadget can be plugged in TV sets that have HDMI ports and when this is done it gives them computing capabilities.

The Intel HDMI Compute Stick contains a quad-core Intel Atom processor, 2 GB of RAM and 32 GB of internal memory, a USB port, Wi-Fi, and Bluetooth 4.0 and is capable of running Windows 8.1 or Linux. The device, when plugged, can run various applications on your TV set. It gets power from the HDMI port, which means you won’t mess with cables. Other sources, however, claim that the Intel HDMI Compute Stick needs additional power that can be supplied via a mini-USB port.