Sharp Corporation will increase production capacity for LCD panels at its Kameyama Plant No. 2 by approximately 10% in order to meet the increasing demand for LCD panels for TVs.

In April 2009, Sharp announced that it put Kameyama Plant No. 2 into full operation (with an input of 90,000 glass substrates per month) and that it would bring the new LCD panel plant at the Sakai Manufacturing Complex into operation in October 2009, ahead of the original schedule.

Since then, the demand for panels from LCD TV manufacturers around the world has been steady. For this reason, Sharp has decided to improve production efficiency and raise the level of monthly glass substrate input at Kameyama Plant No. 2 to 100,000 after this August.

Kameyama Plant No. 2 will continue to advance its proprietary production technologies as a model plant under Sharp’s vertical integration production concept. 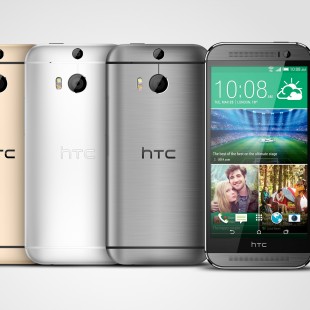 You may like Apple or not but there is something you should be grateful for - the launch of the new iPhone 6 will surely bring various new flagship smartphones to the market in the near future that will have to compete with the new Apple product. HTC seems to be the first company to do so as a...

Samsung may be working on Windows 10 tablet

One of the totally new features Windows 10 comes with is the ability of the OS to run on all kinds of digital devices, be it a PC, a tablet or a smartphone. This gives Microsoft access to more and more customers, while giving manufacturers more flexibility to decide what kind of devices they...