Lian-Li will make keyboards and mice 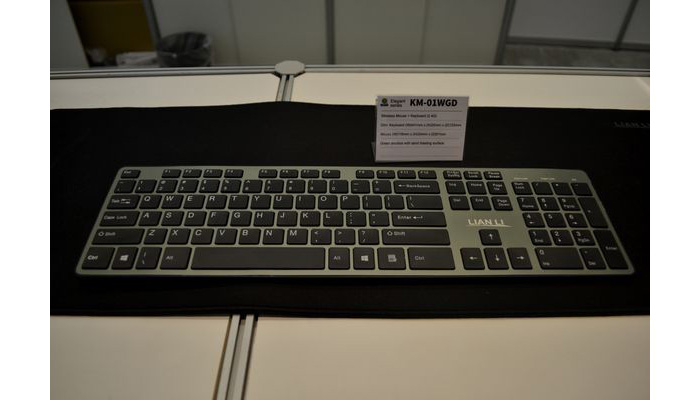 The Taiwanese company Lian-Li is mostly known for its computer cases but it can’t be any other way – Lian-Li is one of Taiwan’s largest PC chassis makers and it successfully sells its cases around the world. The company, however, wants something more – it will soon enter the keyboard and mice markets as well.

At CES 2016 Lian-Li apparently had several prototype mice and keyboards presented but it is only now that there’s a confirmation there will be Lian-Li peripherals on the market. Unlike other companies, though, Lian-Li will not target gamers – instead the Taiwanese company will produce mid-range keyboards and mice that are best used at home or in the office. The new Lian-Li peripherals will also provide a matching color scheme to your Lian-Li computer case, so if it is painted in black, you will be able to purchase a black Lian-Li keyboard and a black mouse. Judging from the prototypes presented the upcoming Lian-Li peripheral keyboards will be thin and will have an aluminum casing as well as chiclet-style switches. As to the mice – they will have two buttons only as well as a single scroll wheel – all housed inside plastic chassis, although Lian-Li says the material used might change before these devices get into stores.

Lian-Li follows G.Skill – another Taiwanese company, known for computer memory – that recently released its first set of peripheral devices – a mouse and a keyboard. This trend clearly shows that specialization in one computer component is not enough and more efforts in other fields are needed for a company to survive on this very competitive market.

There’s no information on when the new Lian-Li keyboards and mice will be in stores but we bet they will be with us before the end of the year. Given the design and materials used we also think that Lian-Li will not price its peripherals too high.