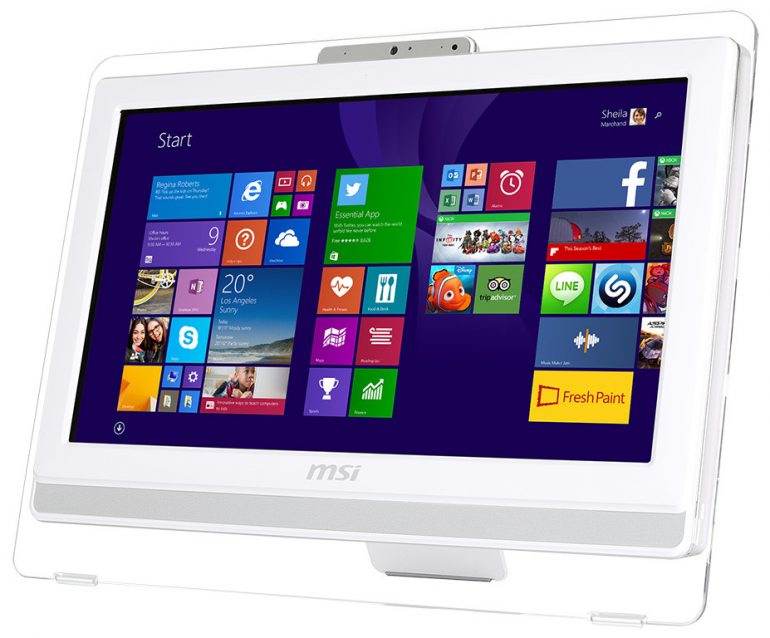 Depending on the options chosen certain models of the new MSI AIO PCs come with anti-flicker and Less Blue Light technologies, implemented in the displays. This means that you can order these machines with anti-glare matte displays. Furthermore the Adora20 5M, AE220 5M and AE200 5M feature the MSI Anti-Flicker technology that stabilizes the electrical current to prevent flickering. As to the Less Blue Light technology – it reduces the harmful blue light by as much as 75 per cent, which eases your eyes and diminishes fatigue.