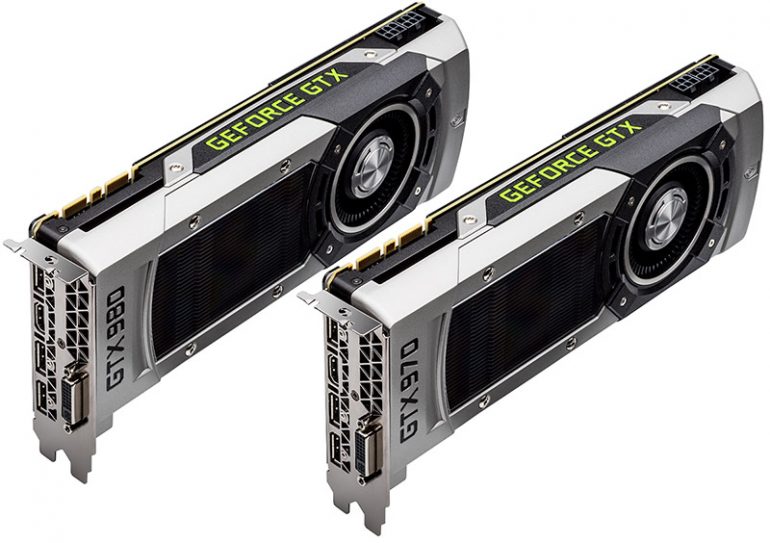 There is a major scandal in the computer world going on and it involves both NVIDIA and its leading Maxwell-based GeForce GTX 970 video card, which has turned out to be not as fast as previously thought.

As it turns out some of the on-board memory of the GeForce GTX 970 is slower than expected – while the card works at full speed with up to 3+ GB of the on-board memory, the last 512 MB chunk is slower than the rest of the memory, thus hurting performance some. The main problem is that this “feature” was not disclosed earlier, misleading thousands and thousands buyers of this expensive card. What’s even worse is that the latest discovery has forced NVIDIA to change the tech specs of the GTX 970 – and they are even more disappointing now!

The GeForce GTX 970 hides some more dirty secrets next to the slower portion of the on-board memory. Unfortunately the card now comes with fewer ROP units than previously expected, cut down L2 cache and strangely wired memory controllers that are to blame for the slow on-board memory. Before the GTX 970 was believed to have 64 ROPs – well, in reality there are just 56 of them. The card does come with 64 ROPs but 8 of them are not used because they are too slow. Then the L2 cache memory, which happens to be 2 MB in the GTX 980, has been cut down to 1.75 MB in the GTX 970. The problem is that there are eight memory controllers in the GTX 970, with each one of them connected to a 256 KB segment of the L2 cache. Since 256 KB L2 cache is disabled this leaves one memory controller alone, so to say. NVIDIA has rerouted this controller to the cache segment of a neighboring memory controller but this makes access to the video card crossbar slower for this memory controller. To make sure that there will be no problems caused by the interleaving of these memory controllers NVIDIA has partitioned the 4 GB of on-board memory the GTX 970 has into two chunks – a faster 3.5 GB portion and a slower 512 MB portion with the latter connected to the slower memory controller. Both chunks cannot be read at the same time – thus if a game takes all 4 gigs of memory it will read the information it needs from the fast portion first and then from the slower one but not both at the same time.

NVIDIA explains these unannounced changes with internal company miscommunication. This is hardly a reason for offering a card that is slower than initially announced but the facts are here. Given the new weaknesses of the GTX 970, it might be a good idea to part with a few more dollar bills and get the GTX 980. As to people who already own the GTX 970 we can only say “We are sorry”.