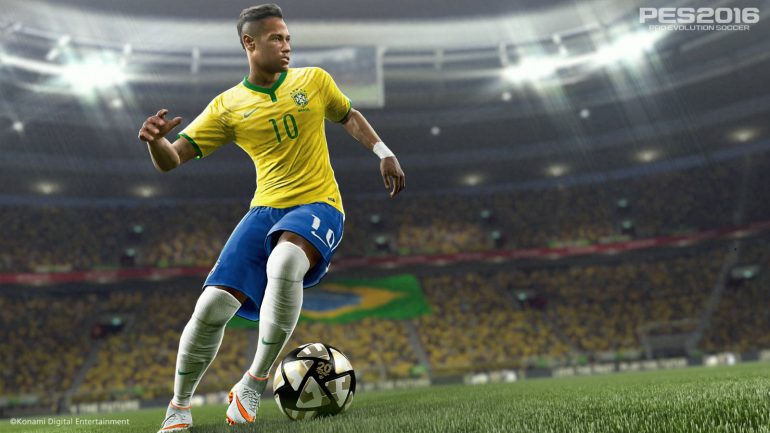 Konami recently unveiled a video showcasing their upcoming Pro Evolution Soccer 2016. The much loved soccer game had fallen on hard times for numerous years before managing to get its act together in 2015. PES, as fans refer to it, was named as the best sporting game of 2015 while those over in Japan will be hoping that this year they will be able to reclaim even more ground against EA Sports’ hugely popular FIFA franchise. The question is, can they do it?

For the first time in a long time, Konami have decided to be bold, taking the offense to EA instead of waiting to counter-punch. If you are struggling to understand what we are talking about it is the fact that PES will hit the shelves on September 15, a whole week before FIFA. The previous instalment didn’t make it to market until mid-November. People don’t need two football games. The chances are that with PES having seven more days to do business then they should pick up some more sales.

Coming out a week early alone is not going to see PES claw back too many sales. Football gamers are like football fans, fiercely loyal. If Konami are going to persuade fans to change allegiance, which they have done in the past, then they are going to have to make one stonker of a game. Snippets seen thus far suggest that they have done just that. Between the two, it has always been Konami with the superior graphics – the images of Bastian Schweinsteiger, whose arrival in Manchester has seen United’s odds fall to 6.00 in the Premier League outright betting, Neymar, Oscar, and Francesco Totti are all ridiculous. EA simply cannot compete with Konami when it comes to graphical superiority.

However, football simulators are every bit as much about gameplay as they are about graphics. It is this in which EA has constantly streaked ahead in the years gone by. FIFA has always possessed a realism that was devoid in PES, and while the game has made huge strides to try and make the game more realistic with things like passing being overhauled, the truth of the matter is that it isn’t just enough, especially considering the further advancements EA have made to their mechanism.

In the online world there is only one winner and that is FIFA. Speak to any FIFA player and they will happily wax lyrical about FIFA Ultimate Team (FUT). The online mode is without question the most popular online sports mode and arguably the most popular online mode of any game. Gamers want to play a game where they will be able to play numerous other gamers. FUT does this. Not too many people can recall what PES’ version is, telling you all you need to know about the state of their online gaming.

To conclude, Konami will close the gap on FIFA but only marginally. These small gains over time could once again turn it into a player but for the time being it seems like an unlikely idea.