Nyko Technologies announced two new accessories for upcoming Nintendo 3DS handheld which is  set to launch on March 27th. The first, called Power Pak+ is a high capacity rechargeable battery pack for 3DS that will that will double the battery life of the new pocked console and feature debossed finger rests. The Power Pak+ will be available March 27 for $19.99.

The second will come one week later and is a Charge Base, designed to store  and charge your Nintendo 3DS, which features on/off switch and LED indicator lights to inform you when your battery is charging and when it has finished, and comes with included Power Pak+ for $29.99. 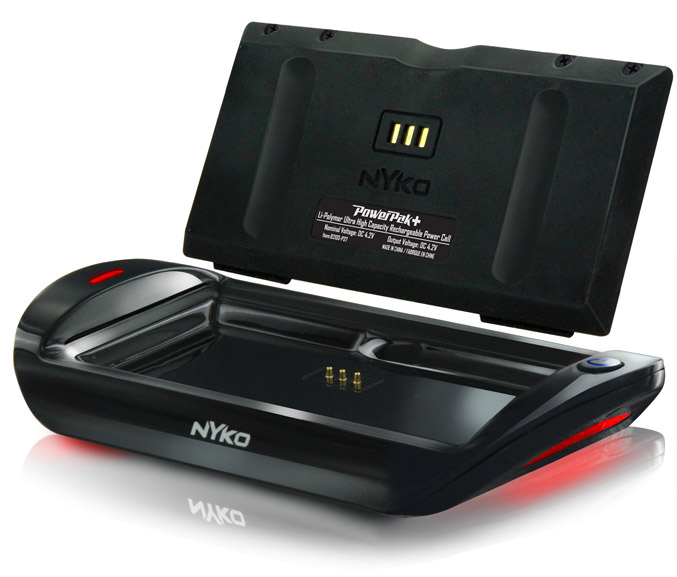