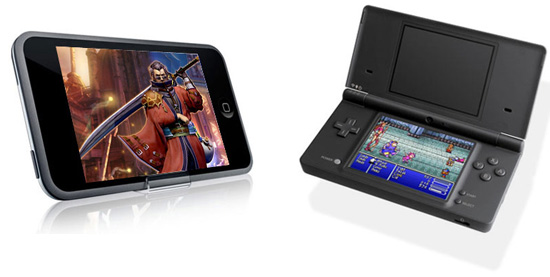 Which device is better…something inetersing for you from the net…These two portable powerhouses are now closer than ever.by Levi Buchanan

Last week, Nintendo rolled out the newest version of its blockbuster Nintendo DS gaming platform — the DSi — to North American, Australian, and European gamers. The DSi has already enjoyed brisk sales in Japan, crossing the two million milestone within just four months. These figures are added to the monster install base of the runaway hit: over 100 million sold worldwide. The DSi differentiates itself from its predecessor with the placement of two cameras on the handheld as well as a brand-new download store for games called DSi Shop. It’s a similar service to WiiWare, the Wii’s online downloadable game store….READ MORE