In the grim darkness of the far future, there is only war…THQ has announced, that its upcoming 3rd Person Shooter Warhammer  40,000 : Space Marine, will be also available for PC in addition to the Xbox 360 and PlayStation 3 consoles.

Developed by Relic, the game puts players into the boots of one of humanity’s elite soldiers, genetically engineered and equipped with state of the art weapons and armor. Dropped right into the action,  using both melee and ranged combat, player must battle to defend an Imperial Forge World, from an invasion by the savage and brutal Orks, using the most devastating weaponry mankind has at its disposal.

Jonathan Dowdeswell, General Manager of Relic Entertainment commented: “The loyal PC audience is incredibly important to us here at Relic so we are delighted to be able to announce the PC version of the game.”

Travis Plane, Vice President of Global Brand Management commented: “Delivering great content the fans want to play is the key goal in the core games division at THQ so we are pulling out all of the stops to make this the best possible game for PC and console audiences alike.”

The Intel Ivy Bridge architecture debuted back in April of this year and since then has decisively occupied the CPU market everywhere. Still it appears there are some market niches left for the 22 nm Intel chips - mainly in the budget market segment. This is the reason why... 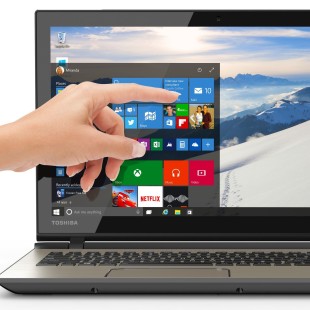 The US branch of the Japanese tech giant Toshiba has had the honor of unveiling the new generation of Toshiba Satellite S notebooks. In case you do not know, the Satellite S line includes premium-class notebooks made by Toshiba. The updated models will be on the market for the back-to-school...