At Comic-Con in San Diego,  Capcom and Namco revealed, that are collaborating to produce the Street Fighter X Tekken, a crossover fighting game, where two of the greatest fighting franchises will face each other.

The new Street Fighter X Tekken is being developed for the Xbox 360 and PlayStation 3  and utilize the same technology that powered Street Fighter IV & Super Street Fighter IV. Along with the SF’s characters and fighters from Namco’s Tekken, such as Kazuya Mishima and Nina Williams, tha game will feature new modes and enhancements,  including Tag Team combat — where you can choose two fighters to deliver knockout assist attacks and special combos.

The producer of Street Fighter X Tekken, Yoshinori Ono said: “This is history we’re making. Two fighting games that have rivalled each other are finally standing on the same stage. This isn’t just a showdown between Tekken and Street Fighter, but a decisive battle for Capcom and Namco Bandai Games. So I’m going to give it my all.” 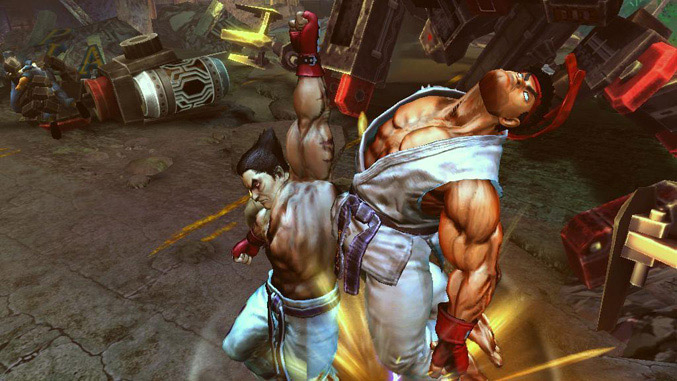