Codenamed Llano, the AMD A-Series APUs is based on 32nm process technology and combine up to four x86 CPU cores with Direct11-capable discrete-level graphics and up to 400 Radeon cores along with dedicated HD video processing on a single chip and support for advanced capabilities such as gestural interfaces, multi-monitor support, 3D entertainment and real-time image stabilization. The new APUs support switchable graphics, Turbo Core tech and the new Steady Video technology, designed to stabilize videos during playback, plus support for advanced connection standards, including HDMI 1.4a, DisplayPort 1.1, and USB 3.0. According to the AMD, when paired with Radeon discrete graphics card, the new platform offers up to 75 percent boost in graphics performance. 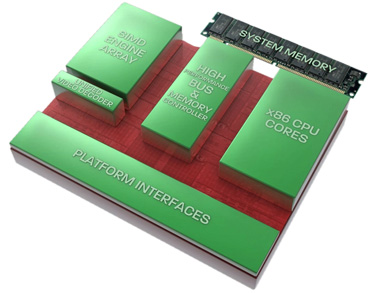 The AMD A-Series APUs are currently shipping and scheduled to appear in more than 150 notebooks and desktops throughout the second quarter of 2011 and beyond.