AMD  announced the flagship installment in the award-winning line of graphics cards, the ATI Radeon™ HD 5970, the fastest card ever created.1 The new ultra high-end model joins a growing list of the world’s first and only graphics cards to fully support Microsoft DirectX® 11 technology and ATI Eyefinity multi-display technology.

Designed to support the most demanding PC games at ultra-high resolutions and image quality settings, the ATI Radeon™ HD 5970 has unlocked overclocking potential, granting access to every bit of power the card has to offer through ATI Overdrive™ technology.2 Now shipping from retailers and available in the channel, the ATI Radeon™ HD 5970 also launches today in new Alienware Area-51, Area-51 ALX and Aurora desktop PCs. 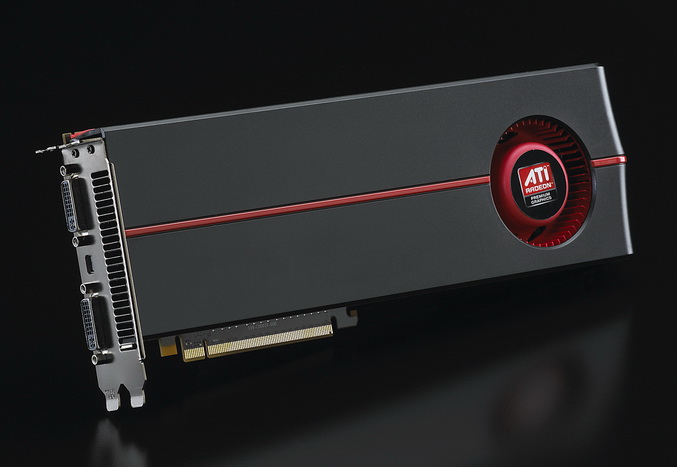 Enthusiasts can expand their field of view, ATI Radeon™ HD 5970, driving up to three displays at once, delivering an unmatched maximum resolution of 7680×1600 and creating an unparalleled game play experience.3 For the first time ever, ATI CrossFireX™ technology leverages the power of multiple graphics processors to deliver even more game performance in 20 of today’s popular titles when using ATI Eyefinity technology, with more to come.

The ATI Radeon™ HD 5970 graphics card delivers nearly 5 TeraFLOPS of compute power, ensuring superior performance in the latest DirectX® 11 games, as well as in previous versions of DirectX® and OpenGL titles. With the world’s most powerful graphics core built on 40nm process technology harnessing up to 3,200 stream processors, gamers can enjoy DirectX® 11 games now, such as EA Phenomic’s BattleForge™ and S.T.A.L.K.E.R.:Call of Pripyat from GSC Game World, with many more titles on the way, including: 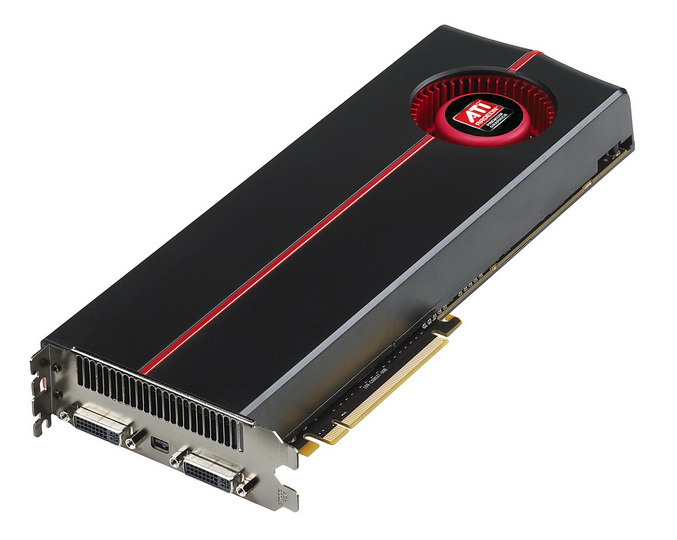 Delivering full-fledged performance when needed, the ATI Radeon™ HD 5970 also leads in power efficiency by automatically powering down unused GPU resources when not in use, resulting in idle desktop power consumption as low as 42 watts.5

To celebrate the launch of the ATI Radeon™ HD 5970 and to conclude a series of contests created to celebrate AMD’s 40th anniversary year, AMD is announcing the third and final contest designed to give back to AMD fans and supporters. Starting today, fans of AMD on Facebook will be able to enter to win one of 10 Microsoft Xbox 360s or one of 10 Wiis from Nintendo. One gaming system will be given away every weekday for four weeks. Full contest rules and details available online: www.amd.com/40years

“With the arrival of the ATI Radeon HD 5970, the fastest graphics card in the world, we’ve cemented AMD as the unquestioned graphics leader,” said Matt Skynner, vice president and general manager, AMD Graphics Group. “With the holiday shopping season right around the corner, the new card, coupled with the awesome power of ATI Eyefinity technology, is the ultimate setup for serious gamers.”

“The extraordinary performance of the ATI Radeon HD 5970 is a perfect match for the Alienware Area-51, Area-51 ALX and Aurora desktops,” said Frank Azor, senior product planning manager, Dell Gaming. “By offering this level of graphics capability as well as the visual and performance enhancements made possible by DirectX 11 hardware, gamers will benefit from enhanced image quality enabling an incredibly intense gaming experience.”