While the European Commission approved the proposed purchase of Hitachi Global Storage Technology (HGST) by rival Western Digital, the approval depends on the sale of essential production assets for 3.5″ hard disk drives, including a production plant, and accompanying measures.

In other words Western Digital cannot complete the HGST deal until it has found a suitable purchaser that is approved by the commission.

“Hard disk drives are a key component of computers and other sophisticated electronic devices as they are used to store a growing bulk of data in the digital economy. The proposed divestiture will ensure that competition in the industry is fully restored before the merger is implemented,” said commission vice-president in charge of competition policy Joaquín Almunia.

The Commission ruling comes after an examination that showed there are separate worldwide markets for HDDs based on their form factor (3.5″ or 2.5″) and end use (such as desktop computers, mobile computers, consumer electronics devices and enterprise business critical and mission critical applications).

On the 3.5-inch hard drive market the new merged company will face competition only by the recently merged Seagate/Samsung.

WD, the world's leader in external storage solutions,  introduced its new 4 terabyte capacity My Book® Studio EditionTM II dual-drive storage systems, which are designed to seamlessly work with Mac® computers and provide an ideal blend of high performance and power conservation. The new My Book... 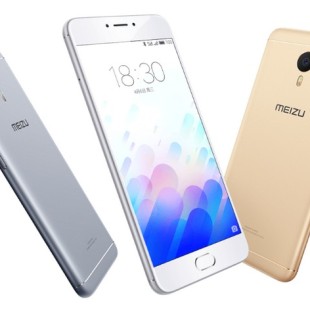 The Chinese smartphone maker Meizu has unveiled the new M3 Note smartphone, which has come to serve as a new budget-oriented handset but with nice specs. The other role of the M3 Note is to replace the older M2 Note model, which the newcomer will surely do. The new M3 Note is much better than...

As the world celebrates the winter holiday season and looks forward to a bright 2010, GE technologists around the world celebrated the company’s major technology achievements and milestones of 2009 by unveiling a 21st century sleigh for Santa Claus. To view what Santa’s future sleigh would look...