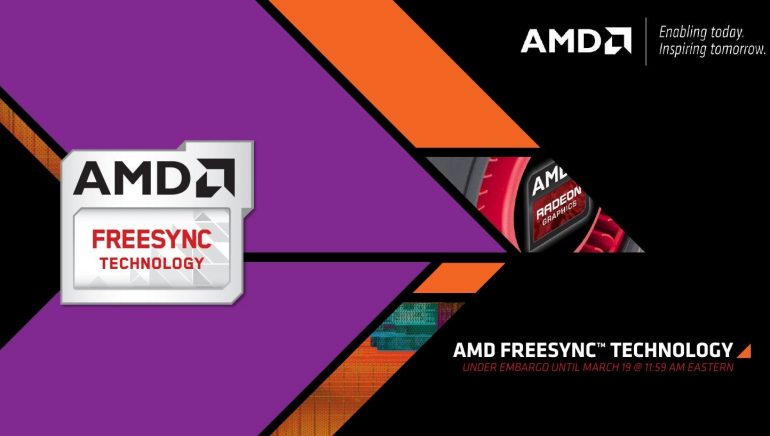 The US chip and video card maker AMD has announced the new FreeSync technology, which is a development of the V-Sync technology and a direct competitor to NVIDIA’s G-Sync. In a few words FreeSync is an open-standard technology that makes video and games more fluid on PC monitors. This effect is achieved by letting monitors synchronize their refresh rate to the frame rate of the GPU that sits behind. The final result is fluid display output.

FreeSync does offer a few improvements over G-Sync – it is a specialization of a VESA-standard feature by AMD, which will then be integrated in the DisplayPort feature set and then integrated into DisplayPort 1.2a, which happens to be supported only by Intel’s latest Broadwell processors as well as AMD Radeon GPUs. In addition FreeSync does not require specialized hardware and comes with no licensing fees.

FreeSync is now supported by all AMD Radeon R9 290, Radeon R9 285, R7 260X, and R7 260 cards, as well as all AMD Kaveri APUs and Intel Core M processors. Software support will soon be added in the upcoming AMD Catalyst 15.3 graphics drivers. Moreover FreeSync will be supported by no less than 12 monitors from major display manufacturers that will be announced shortly after FreeSync. The monitors will include 27-inch, 24-inch, 28-inch, 34-inch, 29-inch and 32-inch models that start at USD 499 and up.