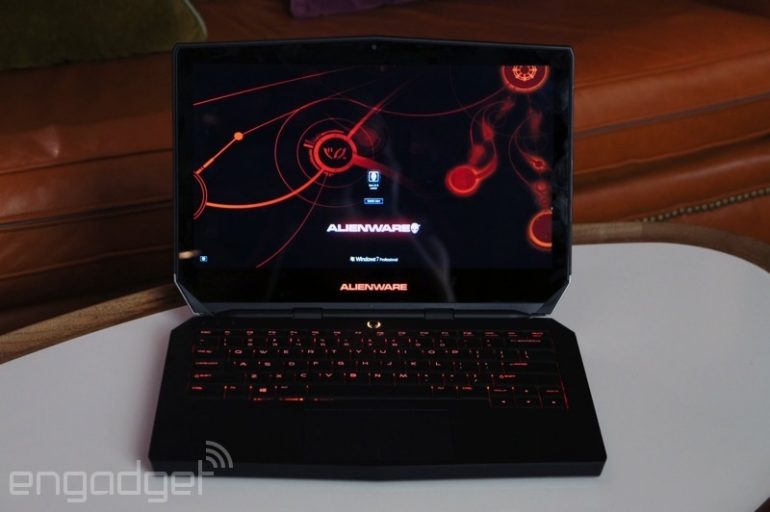 Fall is usually the season when children go back to school and the time when they should start worrying about grades. The people at Dell do not think that way though – they are currently preparing a new gaming laptop that will appear this fall. It may potentially ruin your kid’s grades at school, especially if they have a summer job, so pay closer attention to what they will be getting in the next few months.

The new Dell bad boy is called Alienware 13 and as the name suggests it will come with a relatively small 13-inch display. This is not good news for some people but the positive side is that you will be able to take it around with little effort given the small display and the total weight of just 4.5 pounds. In addition to that the new gaming computer will be less than an inch thick too. While the display is not large, it will feature the impressive 2560 x 1440 pixel resolution but there will be a standard version too that will come with the regular 1366 x 768 pixel resolution. According to Dell there will also be an in-between option with a 1080p display. Just the 2560 x 1440 pixel resolution version will feature a touch panel so keep this in mind if you want to use Windows 8 to the fullest.

On the inside the upcoming Alienware 13 will come with an unspecified Intel ultra-low voltage CPU (we suspect it will be a Haswell chip) and a later version of the same laptop may even come with a 14 nm Broadwell chip, just not on the launch date. Storage will be provided through an SSD or a mechanical hard drive, while a powerful NVIDIA GeForce GTX 860M graphics card will provide visual effects. The rest of the specs are unknown as of now, except for the battery that, according to Dell, should last for up to 8 hours. Dell will unveil the full specs list when the launch date gets closer.

Pricing was also not mentioned but given that the Alienware 13 is a gaming notebook and that it is “Alienware” after all, we do not think that the device will be cheap.