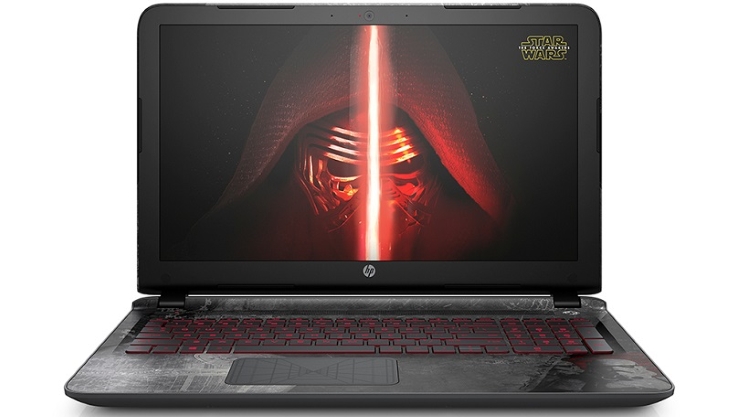 HP has unveiled one more product after the massive launches of the past few days and this time we are dealing with a new gaming notebook called Star Wars Special Edition. The new gaming notebook is obviously dedicated to the upcoming Star Wars: Episode VII: The Force Awakens movie and that’s why it comes with a chassis that is covered in images of stormtroopers and the X-Wing Star Fighter Guidance System.

Inside the HP Star Wars Special Edition notebook is based on Intel Core i5 and Core i7 Skylake processors and has a 15.6-inch Full HD display (1920 x 1080 pixels), GeForce GTX 940M graphics, support for up to 12 GB of system memory, up to 2 TB of hard drive storage, an optical DVD drive, Wi-Fi, Bluetooth and Bang & Olufsen sound. The notebook runs Windows 10 with special Star Wars effects and also offers a number of other optional Star Wars items and additions for all hardcore fans of the Star Wars saga.