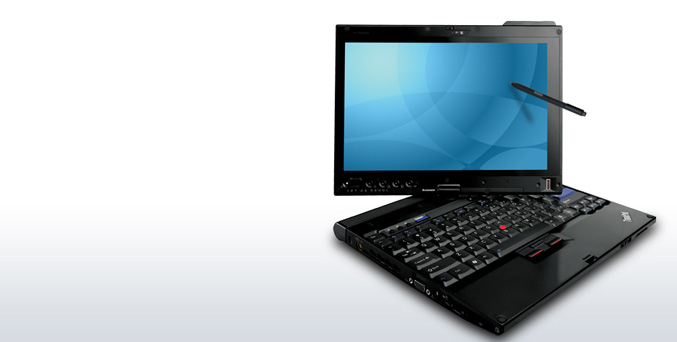 Lenovo today is bringing business users a new way to work with multitouch screen technology on the versatile and portable ThinkPad X200 Tablet PC and slim and powerful ThinkPad T400s laptop. Lenovo is also introducing SimpleTap, an application that brings simplicity to the multitouch screen experience.

“We see now as the right time for multitouch screens on PCs,” said Sam Dusi, vice president, worldwide ThinkPad product marketing, Lenovo. “With touch screens increasingly becoming part of more devices we use routinely and continued improvement of the technology including the integration of touch in the upcoming Windows 7 operating system, the environment for making touch part of our Tablet PC and ThinkPad T400s laptop experience couldn’t be better. We’ve also extended the touch experience with SimpleTap to make frequent hardware-based functions touch-enabled and simple.”

Lenovo also today announced a new defense against the sun for outdoor workers with a new super bright optional screen on the ThinkPad X200 Tablet.

Personalizing Productivity on the PC with Touch

Users can now interact with their ThinkPad PC in a more personal way with multitouch screen technology. Designed for highly mobile users, the optional multitouch screen ThinkPad X200 Tablet caters to individuals in fields such as sales, health care and education. Already supporting one finger touch, these users can now use two-finger touch to perform a variety of gestures, including pinching, zooming, tapping and flicking through documents, web pages and photos instead of using a mouse. 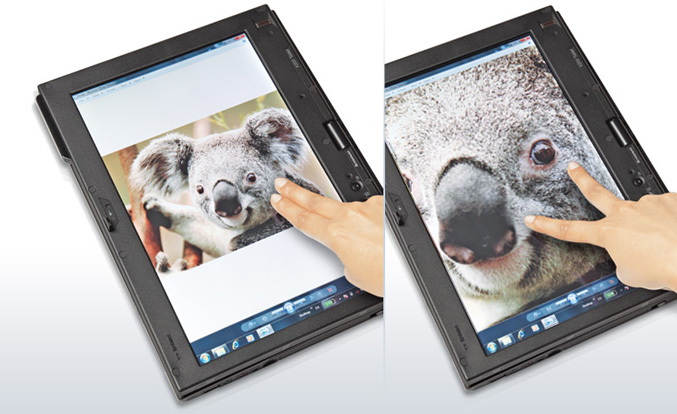 The high performance ThinkPad T400s laptop serves professionals in engineering and design. Now these users can manipulate four fingers on the ThinkPad T400s laptop’s optional multitouch screen to not only replace the mouse but transform the way they work. They can now use four fingers to manipulate objects, move images with two hands and even have another person touch the screen to collaborate simultaneously. As new multitouch applications are introduced, there will be new possibilities for using multitouch screen laptops. 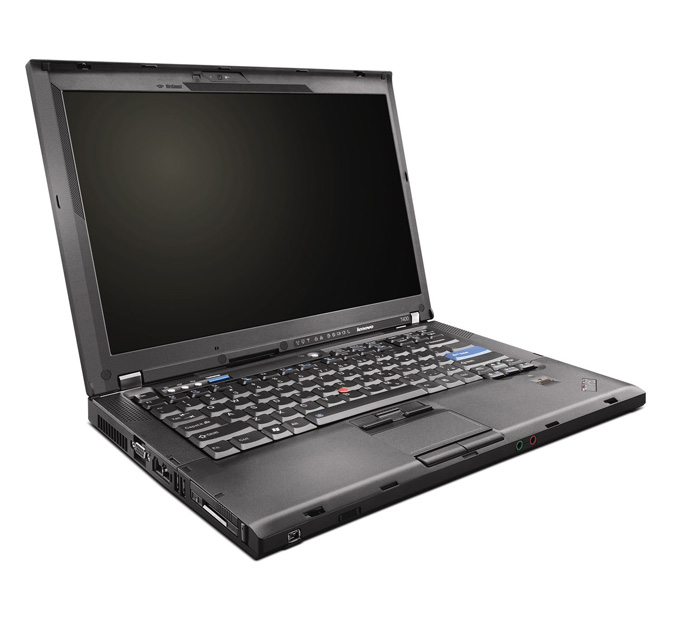 Using advanced capacitive touch, the screens are sensitive and responsive to even the slightest touch of the finger. Lenovo also optimized the firmware to help compensate for slightly imprecise taps on the screen, such as when closing a window or navigating the Start menu, helping make navigation easier for Tablet users. To combat fingerprints, an anti-fingerprint coating helps keep smudges at bay and the screen clean. The multi-touch screens also allow users to enjoy ultra long battery life with up to nine hours on the ThinkPad X200 Tablet. 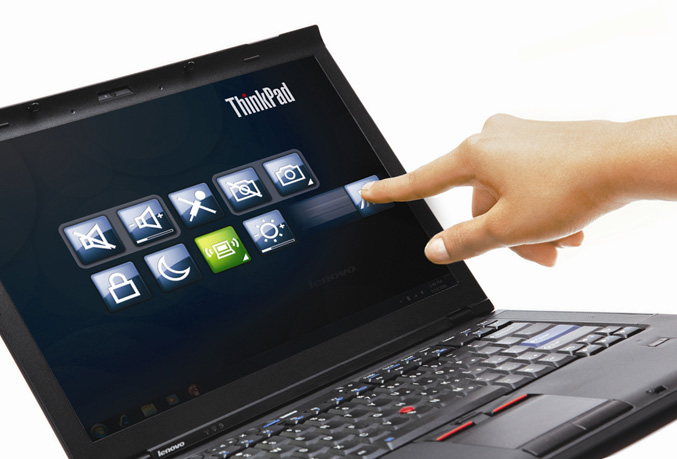 More details on the ThinkPad T400s and X200 Tablet are available at www.lenovo.com.

Adding a “Touch” of Simplicity to Touch Screens

Touch screens are designed to make interaction with a PC natural and intuitive, however, often users must switch between touch screen gestures and pressing hardware buttons. Lenovo designed SimpleTap, a ThinkVantage Technology, to enable uninterrupted use of people’s touch screens by giving them access to hardware-based functions that may be more easily accessed via touch input. For Tablet users, that means staying in tablet mode longer while on-the-go, saving time and being more productive. 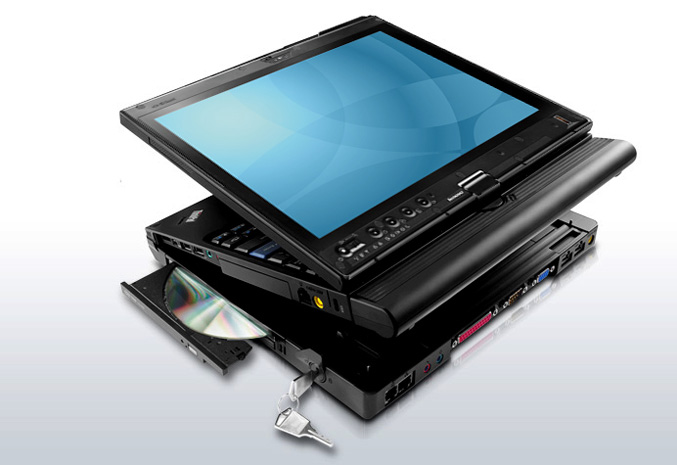 To use SimpleTap, simply double tap anywhere on the screen to launch the application. A clean and efficient grid of colorful and transparent square tiles, inspired by the classic 15 Puzzle, opens on top of the work beneath and allows users to choose several hardware-based functions including: turning on or off the wireless radio, ThinkLight and microphone, previewing the camera, enabling mute, adjusting the volume or screen brightness, locking the screen or putting the PC to sleep. To exit SimpleTap, just tap once anywhere on the screen to close the grid and continue working. As a quick access interface, SimpleTap allows users to get in, perform a function and get out quickly. 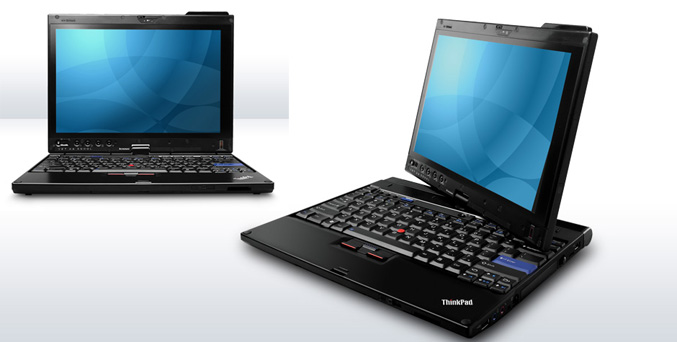 Designed to be highly customizable, individuals can create their own tiles to enhance their personal productivity. For example, a sales professional could create a tile that launches a sales presentation with just the tap of a finger. A health professional could similarly create a tile that pulls up a patient’s medical information instantaneously. Or a consumer could quickly access his or her favorite website. Users can arrange the tiles however they choose by dragging and grouping them together, and designed to be fun to use, the tiles can even be flicked around the screen.

To further extend tablet computing outdoors, users can now choose a super bright outdoor screen that displays images even in direct sunlight. For field engineers, sales professionals, students and others who work outside, outdoor viewability is critical. The new optional outdoor screen on the ThinkPad X200 Tablet offers excellent viewability with a bright 400 nit screen, low 1.2 percent reflectivity and wide viewing angle. Coated with a thin anti-reflective layer, the screen provides crisp and bright images that can easily be seen indoors or outdoors. Mobile workers can also stay productive with the Tablet’s all day battery life.