The fact that AMD is not doing well on the CPU market hardly surprises anyone interested in computer hardware but the real problem for the US GPU and CPU maker is that it is not doing well on the GPU market as well with NVIDIA having about 80 per cent of the market. And while AMD had a really successful Q3 2015, shipping more GPUs than expected, more efforts in the field are needed.

To keep things rolling in the right direction AMD now offers a deal – people who purchase the high-end Radeon R9 Fury graphics card also get a genuine key for the new Star Wars Battlefront PC game. Various video card manufacturers take part in this promotion with some of them being ASUS, Gigabyte, PowerColor, XFX and others. True, Star Wars Battlefront is not an expensive game (it costs around USD 40) but the deal is now better for sure.

Unfortunately we do not have information how long the whole thing will last so if you are into Star Wars you should act now. Our best guess is that a limited number of R9 Fury cards will come with this code so hurry!

A media report on the Internet has indicated that AMD plans to start producing an updated version of its FX chips in Q3 2012 in an attempt to reverse the fortunes of its latest chip architecture. The new processors, known as Vishera, are expected to improve the performance of the current... 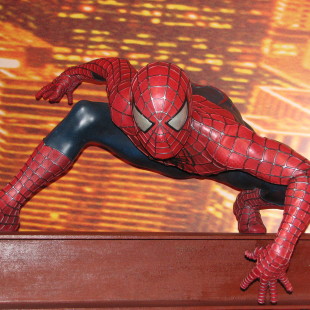 Back in September, we posted an announcement and review of the Spider-Man: Unlimited app game, which is available for both Android and iOS devices. The game basically functions as a traditional endless runner infused with a Spider-Man theme and a pleasant comic book-like design. It looks nice...