AMD has shown a prototype of an AM4 socket motherboard further shedding some more light on its upcoming and badly needed AM4 platform. Yes, this is not the Zen processor but AM4 has some surprises for you too. 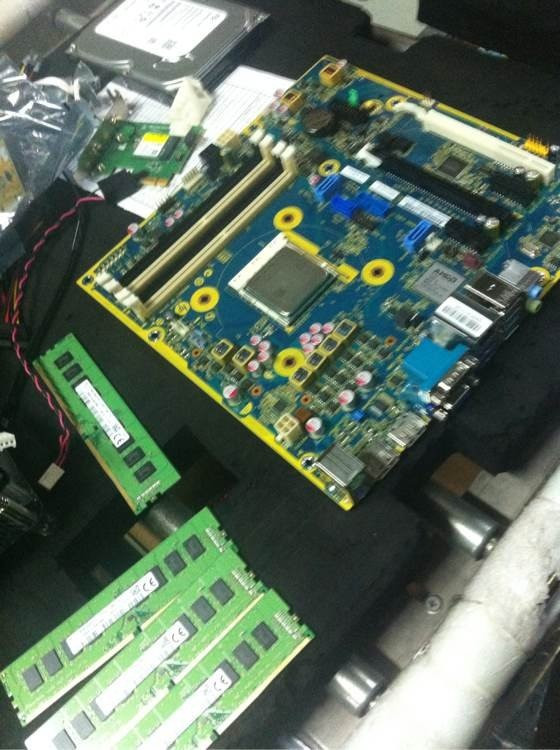 Well, the big news is that Zen will include the motherboard chipset and not just pieces like the memory controller until now, but all of it. This means that all AM4 motherboards will lack an on-board chipset, which you can see in the picture. From the Zen die all electronic signals will then travel through the processor socket (in this case AM4) and will reach all other peripheral devices that happen to be connected to the motherboard. This means that Zen will include the southbridge and all the I/O of a northbridge – the memory controller, the PCI-E buses and so on. AM4 will also support dual-channeled DDR4 memory as well as PCI-E 3.0, which is another badly needed update. As to the AM4 socket – it will have 1331 pins but the size of the socket will be about the same as the one of AM3+, which means that the pins of Zen will likely be finer and thinner, which is not necessarily good news – the chance of bent pins increases drastically. The cooler retention holes will feature a square layout as well, which is a change compared to the rectangular layout for AM3+. This means that if you want to get a new AMD AM4 computer you will have to change nearly everything – the motherboard, the memory, the CPU cooler and of course the processor.

AMD’s AM4 platform plus the Zen processor are expected this fall.