The new chips are manufactured on 32 nm technology and feature either two or four cores that run between 2.1 GHz and 2.9 GHz of nominal clock speed, updated AMD Turbo Core technology, L2 cache that reaches 4 MB and an integrated AMD Radeon 8000-series graphics processing unit. The GPUs come with 128-384 stream processors and run at 720 MHz, support DirectX 11 and AMD’s Eyefinity technology. A final feature is TDP of 35 watts for all chips.

The first benchmarks suggest Richland is between 20 per cent and 40 per cent faster than Trinity APUs. Commercial quantities will be available by the end of March 2013. 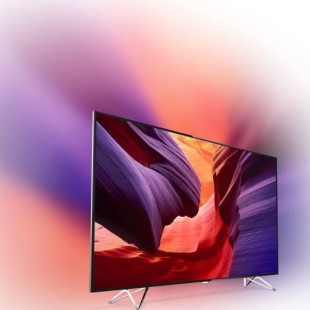 We don’t normally write about TV sets since new models usually do not come out on a daily basis like it happens with computer hardware but today is an exception – we have learned of an upcoming new 4K TV set by Philips, which deserves a few words. The new TV set carries the 65PUS8901 model...

Acer has added a new tablet to its Iconia tablet family – the Iconia A110. The new tablet comes with a 7-inch display and packs a quad-core NVIDIA Tegra 3 for improved performance. Interestingly enough the Tegra 3 comes with a fifth Battery Saver core that handles less demanding tasks while all...