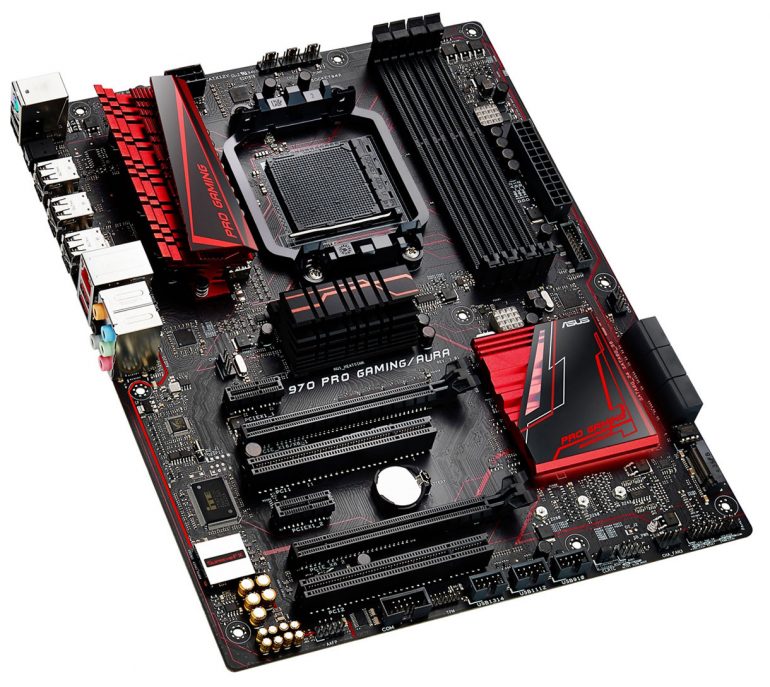 A few days after MSI launched the new 970A-G43 Plus AM3+ motherboard for the latest AMD processors, ASUS has followed suit with the announcement of a new AM3+ board called 970 Pro Gaming/Aura. Well, it turns out that the AM3+ socket is not dead after all!

The new ASUS motherboard is based on AMD’s 970 + SB950 chipset combination and includes support for all current AM3 and AM3+ processors with TDP of up to 125W. The board offers the popular ATX form factor and packs 4 DDR3 DIMM memory slots for up to 32 GB of DDR3-2133 memory, two PCI-E 2.0 x16 slots (x16 or dual x8), two PCI-E 2.0 x1 slots and two legacy PCI slots. The SB950 controller also adds six SATA 3.0 ports to the mix as well as support for RAID 0, 1, 5, and 10 plus a single M.2 Socket 3 slot. The 970 Pro Gaming/Aura has Intel I211-AT Gigabit Ethernet controller, SupremeFX on-board audio, two USB 3.1 ports in the back, two USB 2.0 ports at mid-board and a total of 14 USB 2.0 ports in the back and mid-board. In addition to all this the new ASUS motherboard has Aura – the all-new illumination technology by ASUS. This allows users to enjoy countless color combinations while using the 970 Pro Gaming/Aura. It is also worth noting that the board supports NVIDIA Quad SLI and AMD Quad-GPU CrossFireX technologies.

The new board will be in stores any time soon. There’s no information how much ASUS charges for it.