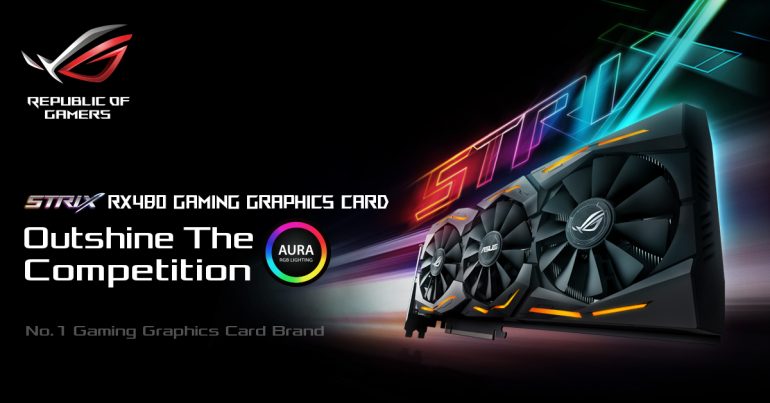 After announcing a few new Pascal-based Strix video cards, ASUS has done the same with AMD’s Radeon RX 480. The Taiwanese company has presented two new Republic of Gamers (ROG) Radeon RX 480 Strix video cards. They are officially called STRIX-RX480-O8G-GAMING and STRIX-RX480-8G-GAMING but the only difference between the two lies in the GPU clock speed. If you look closer at the product names, you will see that the first model is also factory-overclocked.

The two new ASUS Radeon RX 480 Strix video cards will be available in mid-August. No word on pricing.