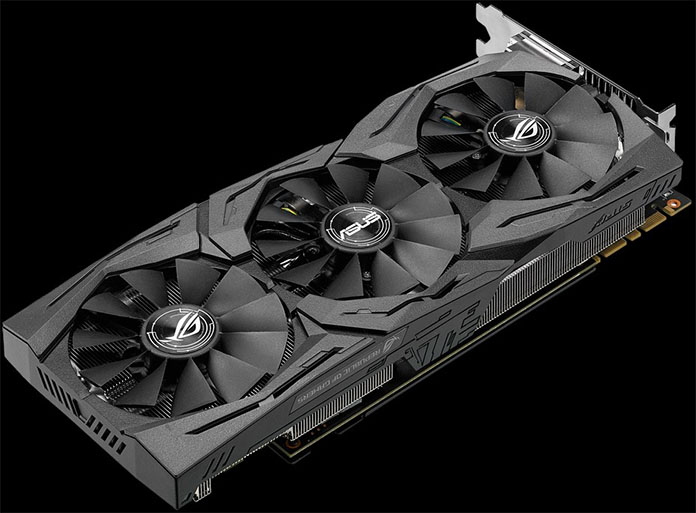 A day after the GeForce GTX 1070 was officially launched ASUS has quickly unveiled two new GTX 1070 cards that belong to the company’s Strix line. They come with confusing names so you will have to be careful when choosing one for your PC – the first one is called Strix-GTX1070-8G-Gaming, while the second one is known as Strix-GTX1070-08G-Gaming.

The first card in the line – the Strix-GTX1070-8G-Gaming runs at 1506 MHz for the GPU and reaches 1683 MHz in Turbo mode, which is identical to the GeForce GTX 1070 Founders Edition. The second card, however, is factory overclocked – it runs at 1632 MHz in the so-called Gaming Mode and at 1657 MHz in OC Mode. The boost clock is 1835 MHz in Gaming Mode and 1860 MHz in OC Mode. Both cards feature three Aura-LED-equipped fans with a DirectCU Cooling III system and include two HDMI 2.0 ports, two DisplayPort 1.4 and a single DVI-D connector. All remaining specs are the same so this means that the two new GTX 1070 Strix cards have 8 GB of GDDR5 memory at 8000 MHz and 256-bit memory buses.