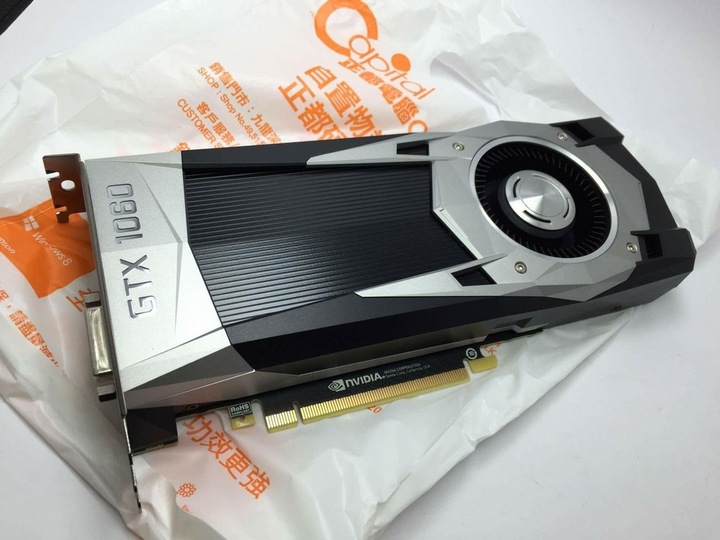 The GeForce GTX 1080 and GTX 1070 are undoubtedly some of the finest video cards money can buy but they have one significant drawback – price. In other words these two graphics cards are too expensive so a new solution is needed. This solution is called GeForce GTX 1060 – a card that is expected to sell for around USD 199. We still do not know the hardware specs of the GTX 1060 but now we can see how the card looks.

As you can see the specimen above is a Founders Edition card that looks a lot like the GTX 1070 and the GTX 1080 from the same family. This card, however, seems to be shorter than the two other Pascal solutions, which is good news for people who have smaller PC cases.

The GTX 1060 is expected to be based on the so-called GP106 GPU, which features 1280 CUDA cores and a 256-bit memory bus. The upcoming NVIDIA video card will likely compete with AMD’s Radeon RX480, which will be released tomorrow. So, the GTX 1060 may follow shortly, although it is expected in late summer 2016.