No free Windows 10 upgrade for pirates

Microsoft has very well detailed its plans when it comes to future upgrades to Windows 10 – users of Windows 7 and Windows 8.1 will be able to get the new OS for free for 1 year after its release, while Windows XP users will likely be able to obtain the new software for a fee of just USD 39.99. But is there any good news for software pirates who run illegal versions of Windows?

The simple answer is no. Microsoft will not allow pirates who run illegal Windows versions to upgrade to Windows 10, at least not for free. In other words if pirates want to run Windows 10, they will have to find a pirated Windows 10 copy and then take all responsibility for this action or they much purchase a genuine Windows 10 copy. There will be no other way for them to run the new OS. In addition pirated copies will display a water mark in the lower right corner of the Windows 10 desktop.

There’s some hope, though – just like with Windows XP/7/8.1 users, Microsoft plans to offer very attractive options to pirates to make them get licensed Windows 10 versions. There’s no detailed information on the upcoming offer but it might as well be a very nice surprise.

Windows 10 will be released in August of this year and will have the same hardware requirements seen in Windows 8. The price of the new OS is still unknown.

The long awaited refresh of the high-end LGA 2011 platform will finally take place in Q3 2013, Hitechreview has learned. In this time period Intel will retire the current Sandy Bridge-E chips by releasing three new LGA 2011 processors based on the Ivy Bridge-E architecture...

There’s no doubt that NVIDIA’s GeForce GTX 780Ti is one of the fastest graphics cards in the world at the moment but there’s a small problem with this one – it only has 3 GB of VRAM, which causes bottlenecks when gaming at the more and more popular 4K resolution. Fortunately this issue will... 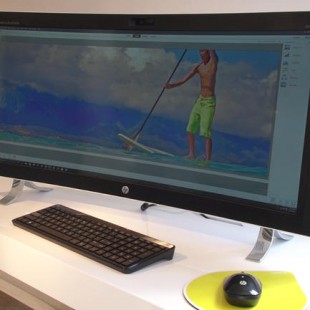 HP has continued the big announcements from yesterday with the addition of a new curved all-in-one desktop computer line called Envy. The line consists of three AIO computers with different display sizes. The smaller and cheaper models offer 23.8-inch and 27-inch displays while the top model has...