Gigabyte jumps on the GeForce GTX 560 Ti with its own overclocked version which GPU is overclocked to 1 GHz – the GV-N560SO-1GI model that of course comes  with a custom cooling solution. 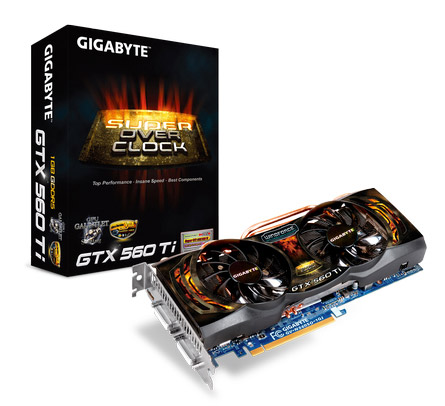