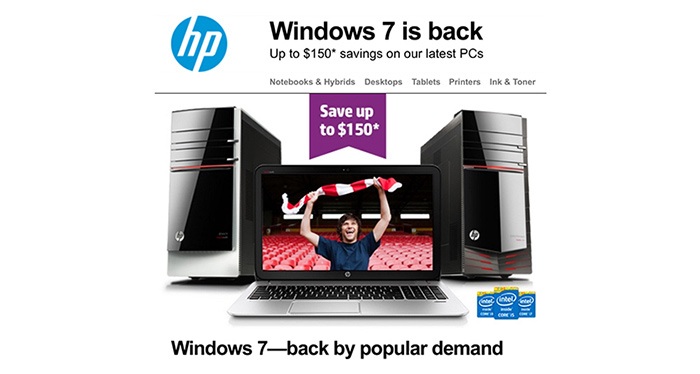 Microsoft has suffered another blow at the hands of HP as the US computer maker has decided to start selling new computers with Windows 7 pre-installed rather than Windows 8.

The Windows 7 comeback has been wrapped like a campaign for selling new computers and while this is understandable the really humiliating fact is that the main perk of the new PCs is nothing else but Windows 7. In addition taking part in the campaign and getting a new HP PC with Windows 7 will save you USD 150 or so HP says in promotional materials sent to prospective clients.

This is not to say that you can’t purchase a new HP PC with Windows 8 – in fact you still can but PCs with this OS have been left behind and you must do some searching on the HP web site to find out some.

More than a year after its official release Windows 8 has been struggling with adoption and its market share (including that of Windows 8.1) is less than 10 per cent.

Sony’s PlayStation 4 may be more expensive than expected