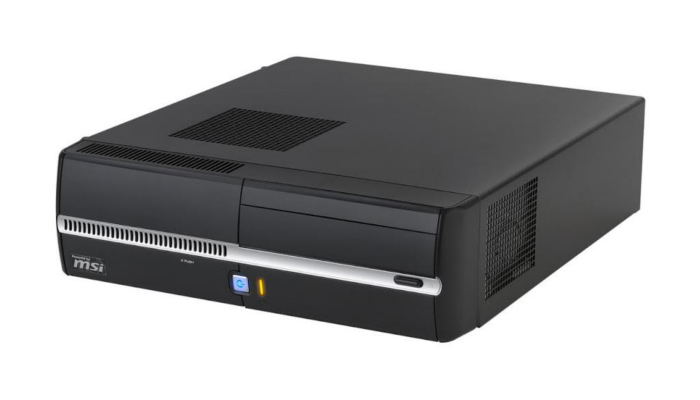 The Taiwanese MSI has announced the launch of its latest barebone PC – the Hetis H81. As the name of the computer suggests it is based on the latest Intel LGA 1150 socket and comes with support for Intel Haswell processors and more.

The idea behind the Hetis H81 is to deliver a thin computer with low power consumption and power that can be compared to regular desktop computers. The good news, at least for MSI is that the company delivers with its latest barebone PC. It comes with a rich number of input/output interfaces that make it suitable to connect to various peripherals such as barcode readers, POS systems and others and can be used at gas stations, 24-hour stores, hotel registration desks and others. In addition the computer can be used in strictly business environments providing increased security thanks to an integrated anti-theft system and an additional chassis intrusion detection system. Optionally the Hetis H81 can be equipped with a TPM security module to provide an even higher level of protection for data.

On the hardware side the Hetis H81 supports Intel Haswell processors with TDP of up to 84W, one 3.5-inch HDD with a capacity of up to 2 TB, one 5.25-inch drive, up to 16 GB of DDR3 memory in two memory slots and relies on integrated Intel HD graphics. The computer comes with a 270-watt PSU and Windows 8.1 and has one RJ-45 jack, four USB 2.0 ports, DVI, HDMI, VGA-out, microphone jacks, e-SATA, two COM ports, two PS/2 ports and two USB 3.0 ports.