The Taiwanese Micro-Star International has taken the wraps off a new all-in-one gaming PC known as AG2712 with the event taking place at the on-going CeBIT 2013 in Hannover, Germany. As expected the new device does not compromise on power and might be of interest to gamers and hardware enthusiasts alike.

The MSI AG2712 is based on fast Intel Core i7 Ivy Bridge processors and sports the powerful NVIDIA GeForce GTX 670M graphics card. The AIO PC is based on a 27-inch sensor display that works at Full HD resolution (1920 x 1080 pixels) and can register up to 10 simultaneous touches. Another feature is a built-in THX TruStudio Pro sound system. The AIO system also supports USB 3.0, Wi-Fi and has a built-in optical drive.

Sadly the rest of the specs are unknown and so is pricing.

ASUS has achieved a new first by announcing the world's first 4K gaming monitor - the PQ321. The new PQ321 4K monitor comes with the shocking resolution of 3840 x 2160 pixels stretched onto a 31.5-inch display. This puts the monitor one step ahead of all Full HD monitors... 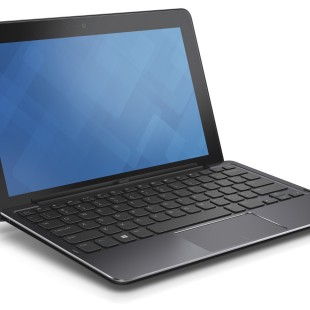 Dell has announced a new version of its powerful Venue 11 Pro 7000 Series tablet that houses the new Intel Broadwell processor. Being a more expensive line, the 7000 Series was sold until now with Intel Haswell Y processors but starting November 11, 2014 the line will come with Intel Core-M...

The tech specs and the first pictures of the upcoming Huawei Ascend Mate 2 smartphone have made it online thanks to the efforts of a Chinese web site. According to the information published by the web site the new company product will have a thin and light chassis that will measure 61 x 84.9...