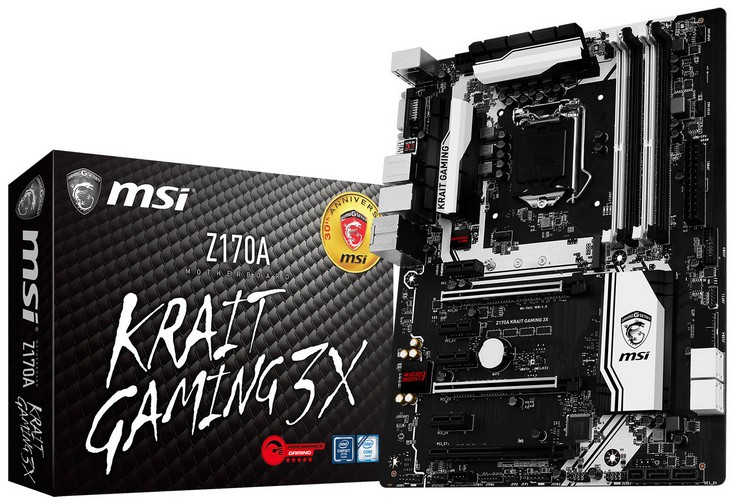 MSI has unveiled one more Intel Z170-based motherboard for the latest Skylake processors. Called Z170A Krait Gaming 3X, the board comes with the high-end Intel Z170 chipset, as its name suggests and offers a number of features and functions that power users will like.

The new MSI board comes with four DIMM memory slots for up to 64 GB of DDR4-3600 memory and three PCI-E 3.0 x16 slots that allow the installation of up to three video cards. Two of the slots work at x16 speed but the last one is limited to x4 speed. In addition to this the Z170A Krait Gaming 3X has four PCI-E x1 slots for various expansion cards.

The Z170A Krait Gaming 3X by MSI provides numerous expansion options that include six SATA 3.0 ports, one SATA Express port and an M.2 connector. In the back the board has a PS/2 port, four USB 2.0 ports, three USB 3.1 ports, a USB 3.1 Type-C port, DVI/HDMI/Gigabit Ethernet connectors and audio jacks that are powered by the so-called Audio Boost 3 audio technology. The board also supports four more USB 3.1 ports and four additional USB 2.0 ports that can be directly connected to it. All installed hardware components meet all Military Class 5 requirements.