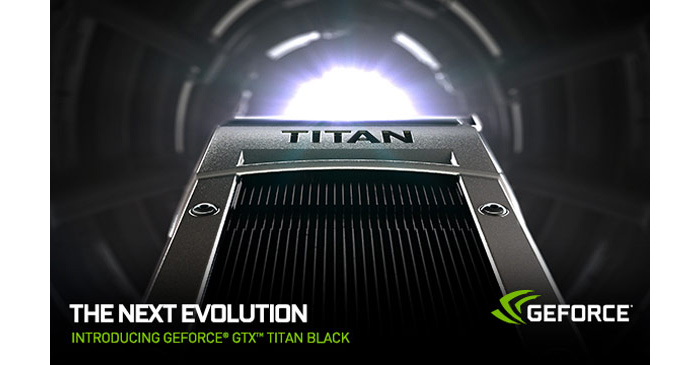 NVIDIA has made more news today with the launch of the GeForce GTX Titan Black Edition – a 3D card that was launched along with the first representatives of the Maxwell generation – the GeForce GTX 750 and GTX 750 Ti.

Strangely enough the release of the GTX Titan Black was not publicly disclosed but anyway the card is here. It has 2880 CUDA cores that run at 889 MHz (980 MHz Turbo), 6 GB of GDDR5 memory at 7000 MHz and a 384-bit bus. These specs allow the GTX Titan Black to reach 5.1 TFLOPS. The card supports SLI so enthusiasts can put two of them to work together. Finally the GTX Titan Black supports up to 4 monitors and has DL DVI-D, DL DVI-I, HDMI and DisplayPort outputs.

The GeForce GTX Titan Black Edition is now on the market where you can get it for USD 999.