The Dutch graphics card maker Point of View has leaked information about its own GeForce GTX 670 video card that not only includes a picture of it but also detailed specs of the upcoming novelty. The GeForce GTX 670 is expected to be officially launched on May 10. 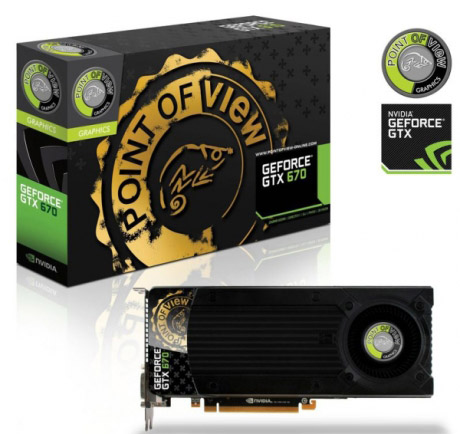 If the PoV card uses reference GPU and memory speeds this means that the GTX 670 will be a formidable opponent to AMD’s graphics solutions not only because of the same memory speed as in the GTX 680 but also because of the slightly reduced number of stream processors when compared to the faster GTX 680.

The PoV card also uses the reference cooling solution for the GTX 670, which makes the card a little bigger. The video card will cost 399 USD – a price that directly relates to the Radeon HD 7950 by AMD.