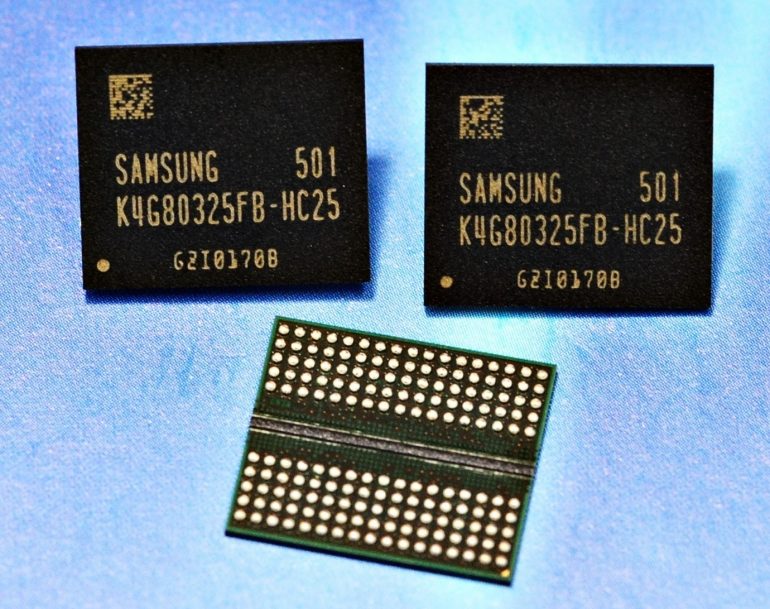 The Korean tech giant Samsung has officially announced that it had started mass production of the industry’s first 8 Gb GDDR5 memory. The new memory is based on the company’s leading-edge 20 nm process technology and will soon find its place in high performance hardware components such as gaming video cards.

“We expect that our 8 Gb GDDR5 will provide original equipment manufacturers (OEMs) with the best graphics memory solution available for game consoles as well as general use notebook PCs,” said Joo Sun Choi, Executive Vice president of Memory Sales and Marketing at Samsung Electronics. “By expanding our production of 20 nm-based DRAM products including the new GDDR5, we will meet increasing global customer demand and take the lead in accelerating the growth of the premium memory market.”

The new memory is very fast despite its high density – it runs at an input-output data rate of 8 gigabits per second (Gbps) per pin, which is more than four times faster than the current DDR3 DRAM memory featured in most notebooks on the market right now. The high density means that each chip of this new memory can contain 1 GB of data; thus 2 GB of VRAM can be created with just two chips, which, thanks to the extremely quick operating speed, can process up to 64 GB of graphical images per second. This is equal to processing about 12 Full HD DVDs per second. In addition each chip processes data at a 32-bit input-output rate.

The new memory will allow video card makers to easily produce cards with 8 GB of VRAM. In fact versions of the GeForce GTX 980 with 8 GB of on-board GDDR5 memory are already expected by market analysts.