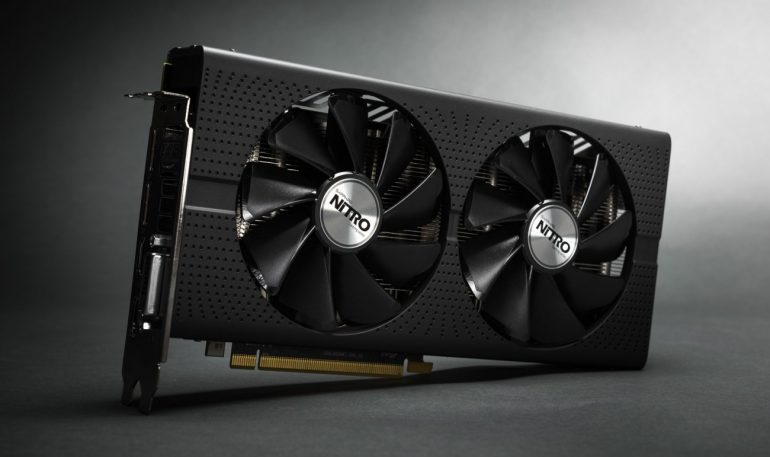 The launch of the Radeon RX 480 has prompted numerous video card makers to release their own versions of the latest AMD video card. Sapphire has not fallen behind – this company prepares a supercharged RX 480 model that should capture attention easily. The card is called RX 480 Nitro OC and comes with a single 8-pin power connector that should prevent this card from drawing too much power through the PCI-E slot if AMD does not fix this issue with a new driver as promised.

The RX 480 Nitro OC is equipped with 8 GB of GDDR5 memory that runs at 8000 MHz and that enjoys the company of a 256-bit memory bus. The card is based on the Polaris 10 GPU and features 2304 stream processors that will run in the 1325 – 1350 MHz range. In the back the RX 480 Nitro OC has two HDMI ports, two DisplayPort connectors and a single DVI port and up front you get several LEDs that show the overall card load and temperatures. The card gets cooled by two 100 mm cooling fans so the internals should stay cool even during extended gaming sessions. Sapphire says the RX 480 Nitro OC needs around 175W of power. A nice feature of the card is that the two cooling fans can be taken out and cleaned very easily. This will keep your RX 480 Nitro OC clean, which will lower the overall temperature of the card.

The price of the RX 480 Nitro OC is unknown but given the specs of the video card it will be more expensive compared to regular RX 480 solutions.