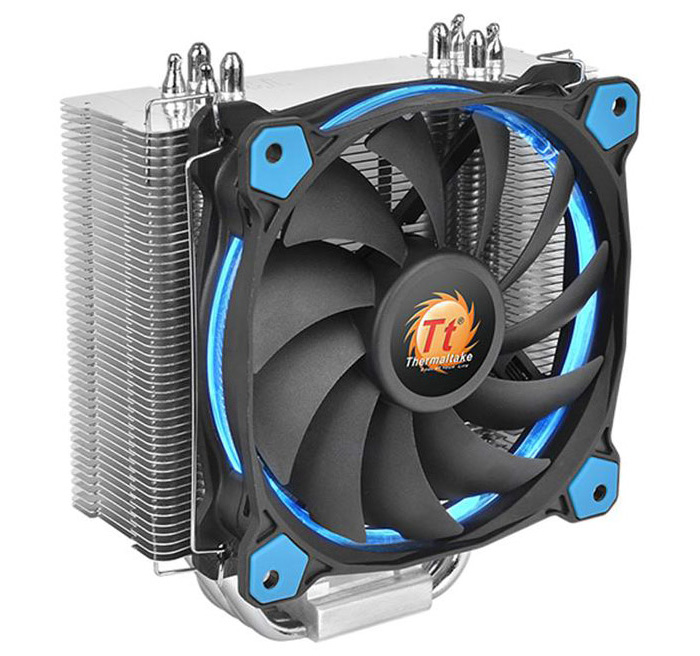 The popular maker of PC components and cooling solutions Thermaltake has unveiled a new CPU cooler known as Riing Silent 12. The device is available in two versions – with red or blue LED backlights and colorful cooling fans. As expected the Riing Silent 12 CPU cooler is a universal solution – it works with all Intel and AMD processors starting with the Intel LGA 775 and AMD AM2 sockets, respectively.