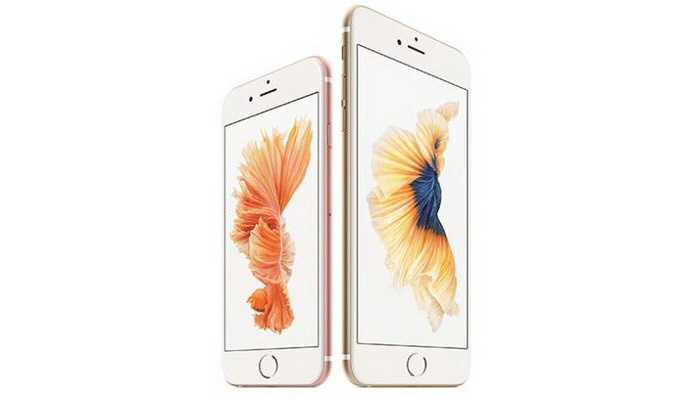 As expected before Apple presented several new devices during a special event held in the USA. The end result is that we finally have the rumored iPhone 6s and iPhone 6s Plus smartphones along with a new iPad Pro and iPad mini 4 tablets.

The new iPhone 6s and 6s Plus do not look much different on the outside compared to the older iPhone 6 and iPhone 6 Plus generations but this is because the major changes are inside the handsets. They come with chassis made of ultra durable aluminum and feature Ion-X protection for the displays, which includes dual ion treatment for more durability. The devices will be available in gray, pink gold, gold and silver colors.

The iPhone 6s and iPhone 6s Plus are based on Apple’s new A9 processor with 64-bit capabilities, which offers 70 per cent more performance and 90 per cent more graphics performance. The new A9 chip also comes with an additional M9 processor, which processes data collected from the various sensors inside the iPhone 6s Plus and iPhone 6s. The smartphones also offer 2 GB of RAM, 16 GB/64 GB/128 GB of internal memory, a rear iSight camera at 12 MP with support for 4K video recording, a front 5 MP camera with TrueTone technology for selfie pictures, 802.11ac Wi-Fi, Bluetooth 4.1, a GPS receiver, LTE, NFC and various technologies such as 3D Touch, Taptic Engine, Touch ID and others. The displays and batteries differ, though – the iPhone 6s has a 4.7-inch sensor IPS display that works at 1334 x 750 pixels (326 ppi) and a 1715 mAh battery, while the iPhone 6s Plus is a bit bigger with its 5.5-inch display at 1920 x 1080 pixels (401 ppi). This handset has a more powerful 2750 mAh battery too. 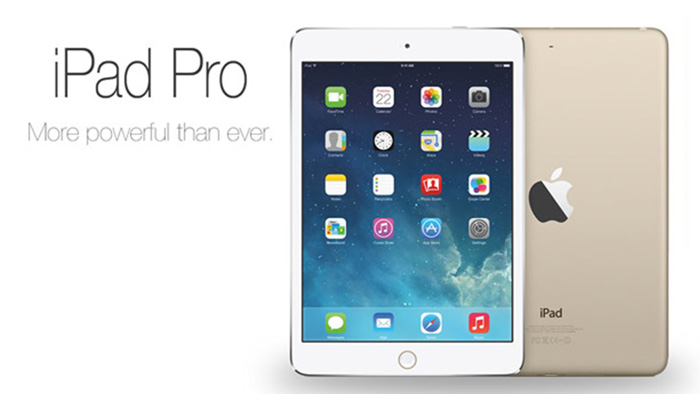 In addition to this Apple also announced the iPad Pro tablet computer. The device measures 305.7 x 220.6 x 6.9 mm and weighs 713/720 grams. It has a 12.9-inch S-IPS display that works at 2732 x 2048 pixels (265 ppi), a 14 nm 64-bit A9X processor, 4 GB of RAM, 32 GB or 128 GB of internal memory, a rear 8 MP camera with autofocus and an aperture of f/2.4, a front 1.2 MP camera with an aperture of f/2.2, Wi-Fi, Bluetooth, optional LTE with a GPS receiver and a built-in 38.5 Wh battery. The iPad Pro runs iOS 9 and has an interesting new accessory called Apple Pencil. The device allows users to draw on images displayed on the iPad Pro and to control various iPad apps. The Apple Pencil also has pixel sensitivity and a built-in lightning plug that allows you to plug your Pencil in your iPad to charge. The Pencil will be on the market in November for USD 99. 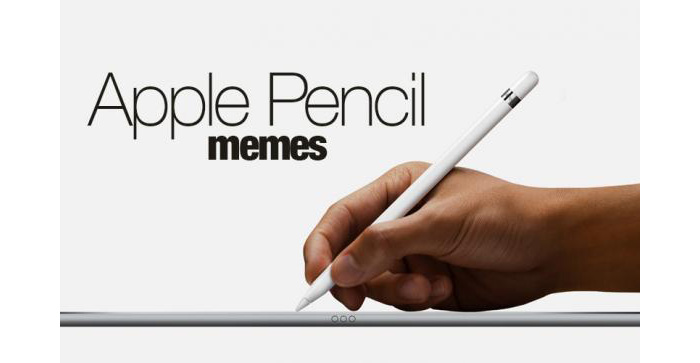 The iPad mini 4 is the last device in the list – it has a 7.9-inch Retina display that works at 2K resolution (2048 x 1536 pixels, 326 ppi) and a 64-bit Apple A8 processor with an M8 co-processor. The iPad mini 4 has 2 GB of LPDDR3 memory, 16/64/128 GB of internal memory, 802.11ac Wi-Fi, MIMO, Bluetooth 4.2, a GPS receiver, optional support for LTE, one 8 MP rear camera and another 1.2 MP iSight camera up front, a Touch ID fingerprint scanner and a battery that has enough power to provide up to 10 hours of web surfing, listening to music and video watching. The iPad mini 4 is available in gold, gray and silver colors and runs iOS 9. 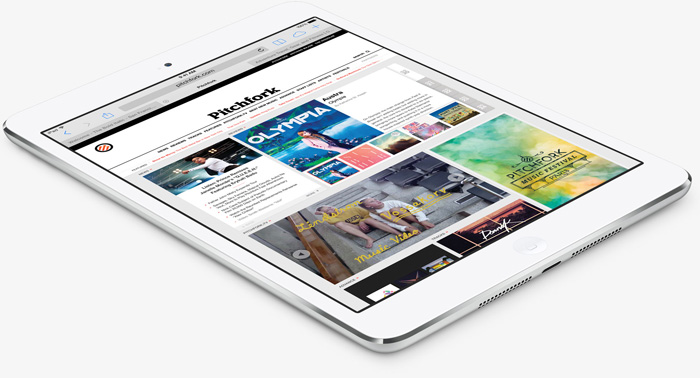