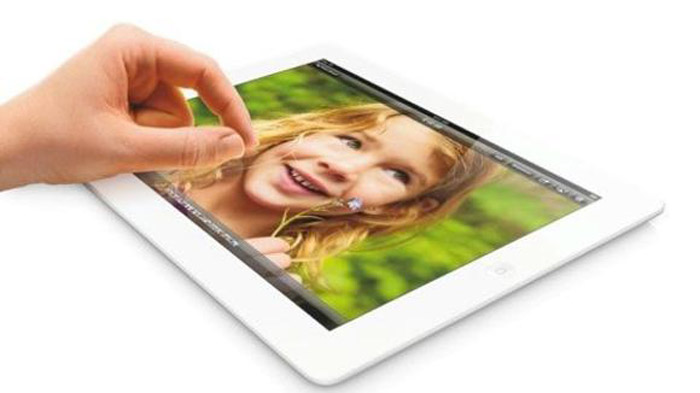 Apple and Apple fans have had a great day when the Cupertino-based US tech giant released a bunch of new devices at an event held in the USA, including the iPad 4, iPad Mini and improved Mac computers.

The iPad 4 will be available for purchase on November 2 in black and white. The 16 GB model will sell for USD 499, the 32 GB model will cost USD 599, while the 64 GB model will set you back USD 699. Apple iPad 4 with Wi-Fi and cellular will start shipping a couple of weeks after the Wi-Fi models, beginning in the US on AT&T, Sprint and Verizon. Fourth generation iPad with Wi-Fi and Cellular for AT&T, Sprint and Verizon will be offered for a suggested retail price of USD 629 for the 16GB model, USD 729 for the 32GB model and USD 829 for the 64GB model.

At the same time Apple introduced the iPad Mini – a completely new iPad design that is 23 per cent thinner and 53 per cent lighter than the iPad 3. The iPad Mini comes with a 7.9-inch Multi-Touch display, FaceTime HD, iSight cameras, ultrafast wireless performance and 10 hours of battery life. The new tablet also supports 802.11n Wi-Fi and will be available in Wi-Fi and Wi-Fi + Cellular versions. The iPad Mini with Wi-Fi models will be available in black & slate or white & silver on Friday, November 2, for a suggested retail price of USD 329 for the 16GB model, USD 429 for the 32GB model and USD 529 for the 64GB model.

Apple also updated the Mac mini – it now comes with powerful Intel Ivy Bridge processors. The new Mac mini will be available in three models. The USD 599 model offers a dual-core Intel Core i5 chip at 2.5 GHz, 4 GB of RAM, integrated Intel HD 4000 graphics, Bluetooth 4.0 and a 500 GB hard drive. The base model can also house up to 16 GB of DDR3 RAM but that’s about it.

The most expensive USD 999 model packs a quad-core Intel Core i7 chip at 2.3 GHz and offers 4 GB of RAM and two 1 TB hard drives. This one can also be upgraded to a 2.6 GHz Intel quad-core Core i7 processor and 16 GB of RAM but unfortunately it does not support Apple’s Fusion Drive. Instead this server model offers support for one or two 256 GB SSD drives. The new Mac mini models are available now.

The Apple release cycle does not end here though – the US company also released a new 13-inch MacBook Pro with Retina display. The new model weighs just 3 pounds, which is almost a full pound less compared to the older model. Inside users will find fast Intel Core i5/Core i7 processors, Intel HD 4000 graphics, 8 GB of RAM and a battery that can last for up to 7 hours. The new MacBook Pro comes with flash storage only – and it can be upgraded to 768 GB in case of need.