The South Korean company Hyundai has quietly released the T7 tablet, which has already been spotted in certain online stores. Despite its low cost of just USD 166 the T7 packs powerful hardware and is worth taking a look at.

The first thing that you will see is the powerful Samsung Exynos 4412 quad-core processor that also powers the Samsung Galaxy S3 smartphone. The chip runs at 1.4 GHz and at the same time provides graphics too courtesy of the integrated Mali 400 GPU. The Hyundai T7 grabs attention with its display – it comes with a 7-inch screen that matches the specs of the Google Nexus 7 tablet and runs at 1280 x 800 pixels.

The T7 has everything else expected from such a tablet – 1 GB of RAM, 8 GB of internal storage, a microSD card slot, Bluetooth support, Wi-Fi 802.11n, a built-in accelerometer and a GPS as well as two cameras – one 2 MP rear camera and one front 0.3 MP.

The Hyundai T7 appears to be a mighty contender to the Acer Iconia B1-A71 and the ASUS MeMO Pad given its hardware and price but there’s a shortcoming too – the tablet can work for up to 5 hours on battery power due to the fact that the T7 comes with a 3300 mAh battery. If this does not worry you however, the T7 might be exactly what you need.

Mass Effect 3 is about to get a new DLC pack in a couple of days and since the pack is free and offers a bunch of new stuff it’s worth looking at. The so-called “Earth” DLC pack will offer new multiplayer maps, several new characters as well as weapons, 12 new upgrades, and a new... 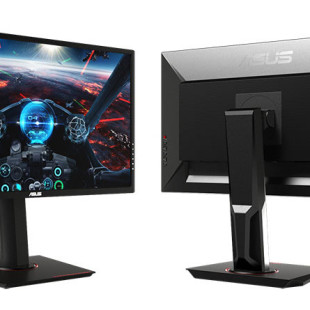 ASUS has released the MG28UQ 4K monitor, which was first announced and demonstrated at CES 2016 back in January. The monitor comes with a 28-inch TN display that works at 4K UHD resolution or 3840 x 2160 pixels. The MG28UQ works with 10-bit colors, which allows it to display up to 1.07...

Toshiba Corporation today announced the launch of a new CMOS image sensor that will bring 14.6 million pixels to digital still cameras and to mobile phones supporting video imaging. The sensor, the latest addition to Toshiba's "Dynastron™" line-up, is also the company's first to integrate the...