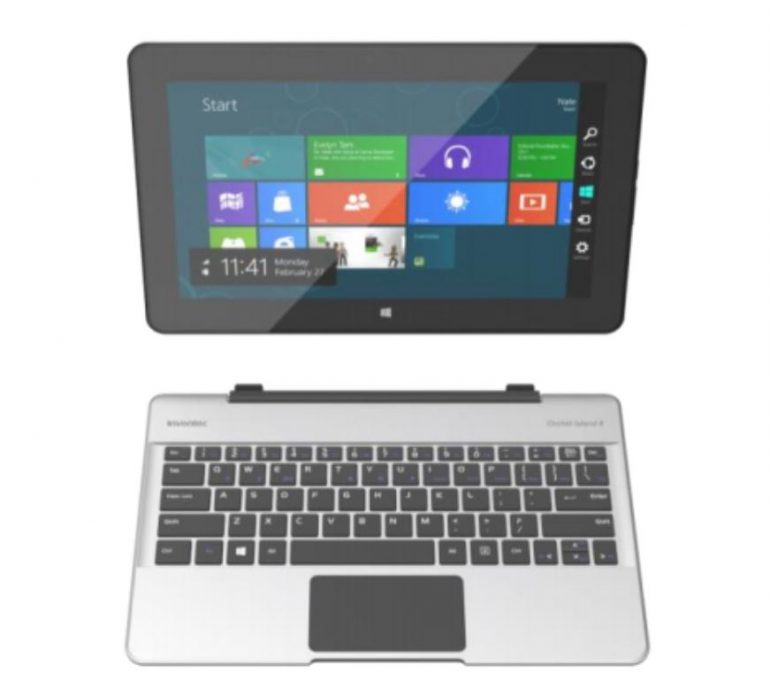 The US tech giant Intel has presented the new Orchid Island hybrid computer. The device resembles a tablet and targets people who want to have better computational power while on the go. This is the place to say that Orchid Island is a reference type computer so if the market likes it there will likely be some modifications in the long run.

Like we said Orchid Island is for people on the go and this is the reason why the computer comes with a thin and light chassis that consists of a detachable display and a keyboard. Thus you can use the computer as a tablet or a small-sized notebook but not at the same time. Orchid Island is just 19.3 mm thick when used as a notebook and just 9.8 mm thick when used as a tablet.

The device is based on a 64-bit Intel Celeron N3000 Braswell processor on 14 nm technology, which runs at 1.04 GHz (2.08 GHz Turbo). The chip features extremely low power consumption and has TDP of just 4 watts. The rest of the specs of the Orchid Island computer includes Intel HD graphics, a 11.6-inch sensor IPS display at 1366 x 768 pixels, 4 GB of DDR3L memory, a 64 GB eMMC storage drive, Bluetooth 4.0, 802.11n Wi-Fi, a SD card reader, HDMI and USB 3.0 ports, one front 2 MP camera and one rear 5 MP camera and a 37 watt-hour battery. The computer supports Windows, Android and Chrome OS.

Orchid Island is expected to sell for around USD 300-350.