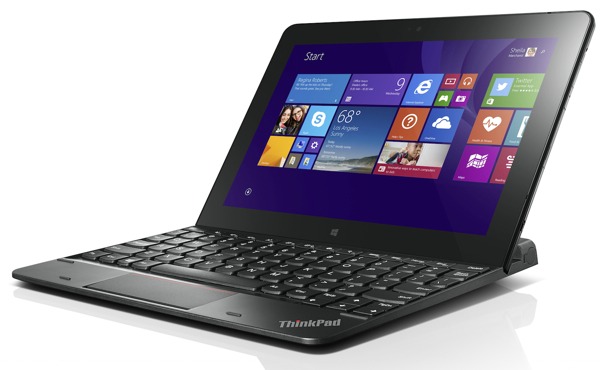 The Chinese computer company Lenovo has officially presented its newest tablet – a device that is called ThinkPad 10. The new company product measures 256.5 x 177 x 8.95 mm and weighs 598 grams. The device can work as a tablet and as an ultrabook given you connect a keyboard to it.

The Lenovo ThinkPad 10 will run Windows 8.1 or Windows 8.1 Pro and will sell for around USD 600 when it arrives to market in June of this year. The device will have a 1-year warranty.