The Lenovo Thinkpad Tablet 2 will hit stores soon but the Chinese company is already working on a new tablet – the Yoga. The Yoga isn’t your traditional tablet – instead the device will be something like a convertible laptop/tablet hybrid that will try to be everything to everyone looking for the best of both devices. Additionally the device is said to come with two different operating systems.

Yes, the Lenovo Yoga will ship in two different versions – one based on an Intel processor and running the full version of Windows 8 and another based on an ARM CPU running Windows RT. The RT version of the tablet is to be the more interesting of both with the device offering “double the battery life of the Intel version”, something which will perfectly suit the needs of people constantly on the go. 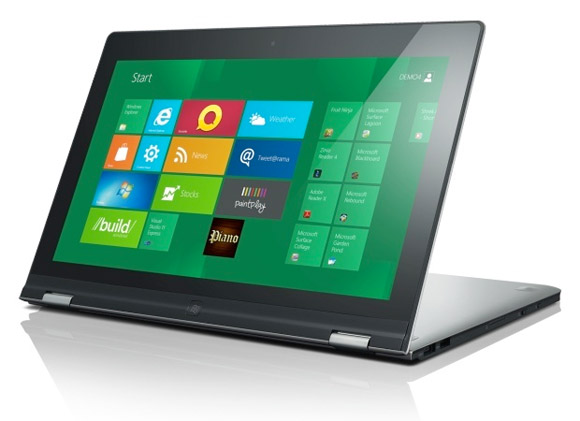 The Lenovo Yoga will ship when Windows 8 hits stores, which means sometime in late October. The only problem that Lenovo has now is how customers will distinguish between the Tablet 2 and the Yoga and whether the two devices will enter in some kind of internal competition.