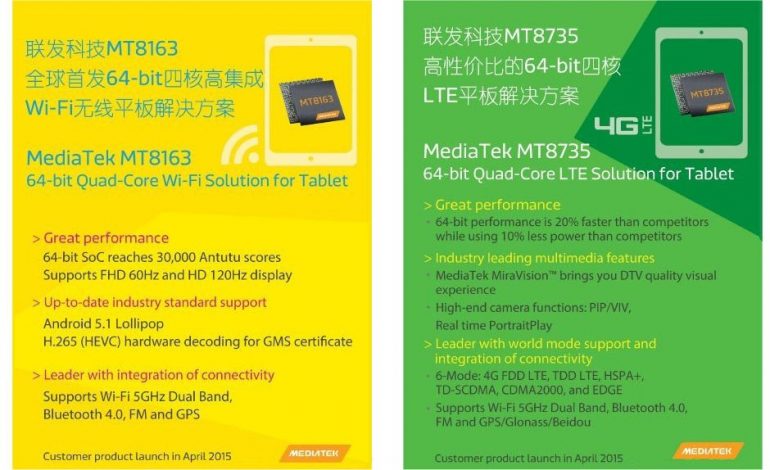 The mobile chip maker MediaTek has presented two new processors for tablets. The new chips are called MT8163 and MT8735 and will be on the market this summer when they will power budget- and mid-range tablets.

The chips will be first released in China and on the Asian market in new devices that are expected any time soon. A bit later the MT8163 and MT8735 will debut in the rest of the world.