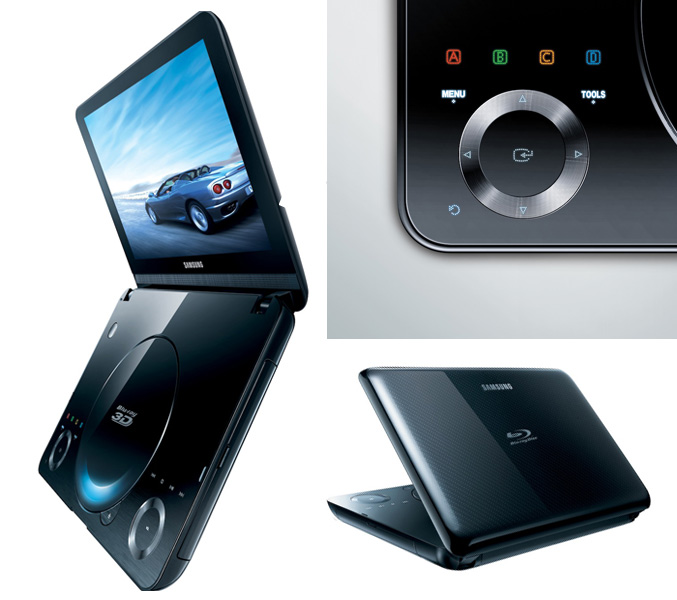 Samsung introduced BD-C8000, the first portable 3D Blu-ray, which features 10.3-inch display, built-in Wi-Fi and HDMI and of course enables 3D playback, but unfortunately you can’t watch 3D on the go, only when is connected to a 3D capable TV.

The BD-C8000 has a shell-type design and includes 1GB built-in memory, has a three hour battery life and offers Internet@TV, give you access to to BLOCKBUSTER, Facebook, YouTube, Flickr and more. Additionally AllShare, allows you to stream between DLNA devices and allows to play files stored on your PC. The BD-C8000 is available for $499.99. 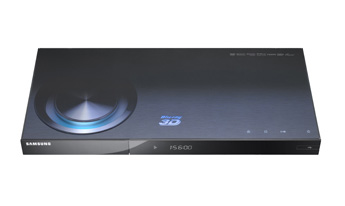 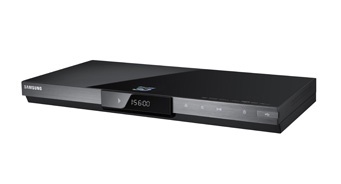 “Blu-ray has raised the bar for video and audio quality that consumers expect to see at home. We led the way in 3D TVs and are excited to do the same for 3D Blu-ray players and Home Theater Systems. With the industry’s broadest line-up of 3D capable home entertainment products, there is a product to suit every home and wallet,” said John Revie, senior vice president of Home Entertainment at Samsung Electronics America Inc.