Apple® today introduced the new iPod nano®, adding a video camera, mic and speaker to the world’s most popular music player. Music lovers can now shoot video wherever they are, view it on their iPod nano and use their computers to easily transfer their videos to YouTube. The new iPod nano features an ultra-thin and sleek design with a larger 2.2-inch color display and gorgeous polished aluminum and glass enclosure. iPod nano also features a built-in FM radio with live pause and iTunes® Tagging, as well as a built-in pedometer. The new iPod nano is available today in an 8GB model for $149 and a 16GB model for $179, and comes in nine brilliant colors including silver, black, purple, blue, green, orange, yellow, (PRODUCT) RED and pink.

“iPod nano is the world’s most popular music player with over 100 million sold,” said Steve Jobs, Apple’s CEO. “And now we’ve added a video camera to its incredibly thin design, without any additional cost to the user.” 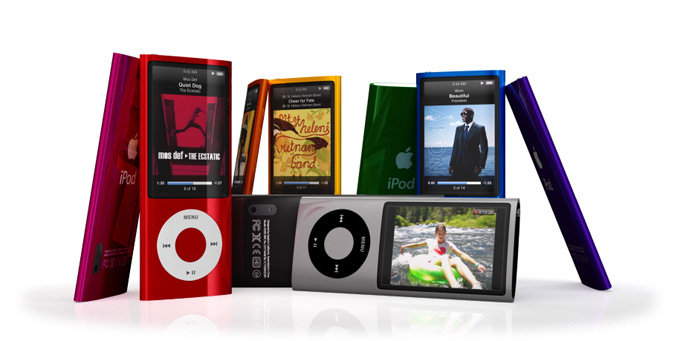 iPod nano features a larger 2.2-inch display for easier navigating, enjoying album art, or shooting and viewing video clips. iPod nano is ultra-portable so users can shoot video wherever they are, in either portrait or landscape. iPod nano customers can share videos instantly with friends using its display and speaker, or sync with a Mac® or PC and share them on YouTube, MobileMe™, Facebook or via email.* iPod nano can even shoot videos with fun real-time effects such as Thermal, Film Grain, Kaleido and X-Ray. 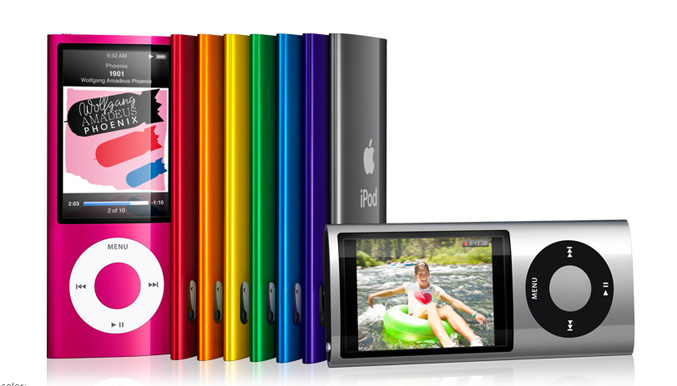 iPod nano now has a built-in FM radio with live pause and iTunes Tagging. Live pause lets iPod nano users pause and resume playing their favorite FM radio shows. iTunes Tagging is great when users hear a song they like, they can simply tag it, and then preview and purchase that song when they sync to iTunes.** iPod nano also features Genius Mixes, which automatically creates up to 12 endless mixes of songs from your iTunes library that go great together.

iPod nano is also now an even better workout companion with the new built-in pedometer. iPod nano can keep track of your steps taken and calories burned, helping you meet your short and long-term fitness goals. 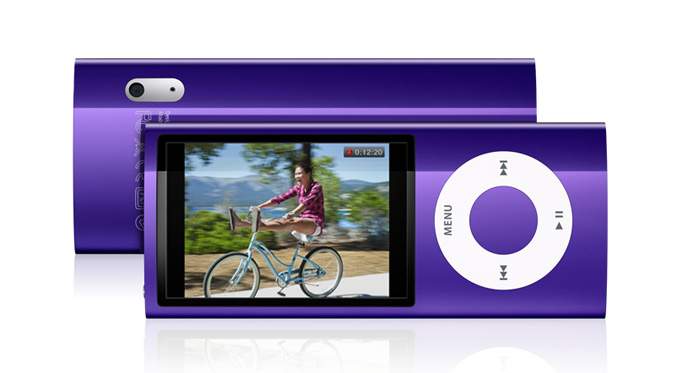 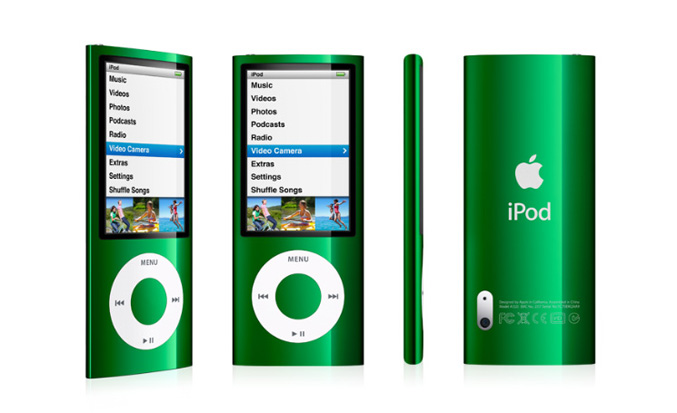 iPod® is the world’s most popular family of digital music players with over 220 million sold. Apple’s new holiday lineup includes iPod shuffle® in five great colors starting at just $59; iPod classic® in a new 160GB model holding up to 40,000 songs for $249; the new iPod nano with a video camera available in nine brilliant polished aluminum colors starting at $149; and the revolutionary iPod touch® now starting at the breakthrough price of just $199.

The new iPod nano is available immediately for a suggested price of $149 (US) for the 8GB model and $179 (US) for the 16GB model in silver, black, purple, blue, green, orange and pink through the Apple Store® (www.apple.com), Apple’s retail stores and Apple Authorized Resellers. The 8GB and 16GB iPod nano in yellow and (PRODUCT) RED are available through the Apple Store (www.apple.com) and Apple’s retail stores. iPod nano requires a Mac with a USB 2.0 port, Mac OS® X v10.4.11 or later and iTunes 9; or a Windows PC with a USB 2.0 port and Windows Vista or Windows XP Home or Professional (Service Pack 3) or later and iTunes 9.