Android 6.1 Marshmallow coming out next summer

Most smartphones on the market now are powered by Android 5.1 Lollipop but there’s a new version around us – Android 6.0 Marshmallow. The latest Android OS was demonstrated for the first time back in May 2015 and then launched in October of this year but it still runs on few mobile devices maybe due to the fact that it does not provide any significant changes compared to Android 5.1 Lollipop. Google will, however, soon change all this.

It turns out that the US search engine giant plans to introduce an improved version of Marshmallow next June, which will be called Android 6.1 Marshmallow. The new mobile OS will come with the long-awaited split-screen support, a better way to deal with permissions and numerous bug fixes. Of course this information is unofficial but given the lack of major changes in Android 6.0, the new Android 6.1 may as well come with functionality everyone has been asking for.

AMD has started the new year with some news and financial results – while the US chip maker has nothing to boast in the financial field, losing both money and market share again, the company has outlined a rather ambitious plan to capture users’ hearts. The catch is that all of this will happen...

JVC is pleased to announce that it has developed next-generation super-thin LCD technology for 32-inch television displays. The significant reduction in thickness and weight allow greater flexibility in the design and layout of commercial and household visual environments. 1. Integrating a new... 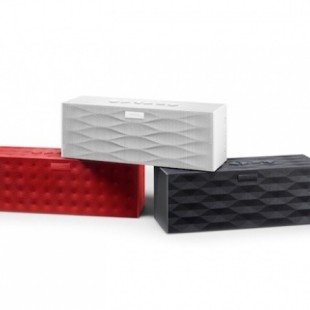 The US-based Jawbone company has prepared a bigger version of its Jambox, which is a popular portable speaker designed specifically for the iPhone and iPad and various other Android devices. The so-called Big Jambox is now officially available for purchase. The Big Jambox is a new type of...