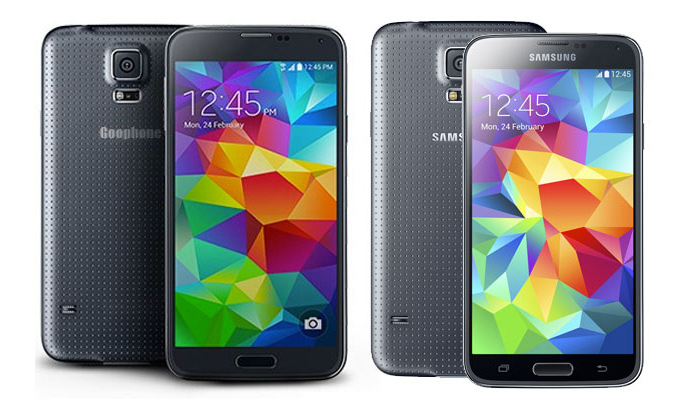 It has been just 3 days since the debut of the Samsung Galaxy S5 but the new Samsung flagship smartphone already has a clone. The cloning is made by a Chinese company (what a surprise!) and is called Goophone, like the mother company.

The Goophone is an almost perfect copy of the Galaxy S5. On the outside it looks the same save for a Goophone logo at the back, which is in place of the Samsung logo on the back of the S5. The same story continues when it comes to the tech specs – the Goophone comes with a large 5-inch display at Full HD resolution (1920 x 1080 pixels), an eight-core MediaTek MT6592 processor at 2 GHz, 2 GB of RAM, 32 GB of internal memory, support for two SIM cards, 802.11n Wi-Fi, a rear 13 MP camera and a front 5 MP one, as well as a powerful 2800 mAh battery. The smartphone is available in four colors – white, black, blue and gold and comes with the tempting price of just USD 300.