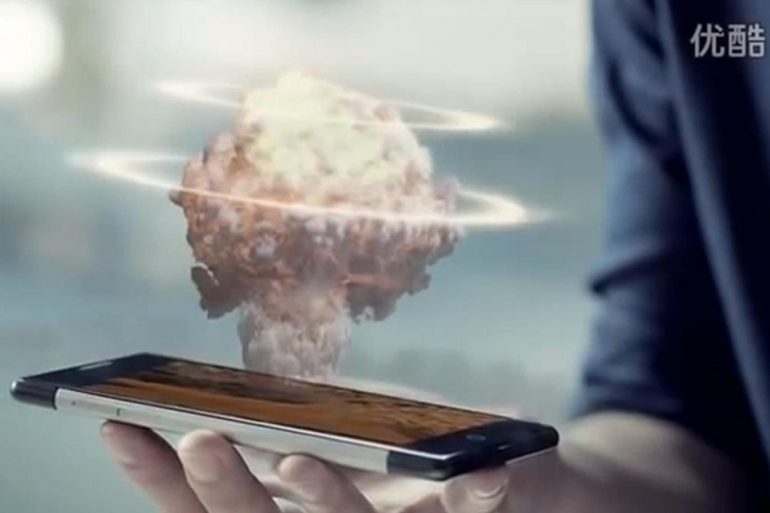 Smartphone this, smartphone that… Aren’t we all tired of new and new smartphones coming out on a daily basis and the tech specs that come with them? We are but this time there’s something new and something really exciting in the world of smartphones – the first holographic 3D smartphone has been presented in China.

The device can create holographic images that can be viewed from all sides and this is the main new feature of the device. Called Takee 1 it is the creation of a company that goes by the name of ShenZhen Estar Displaytech. The smartphone does not disappoint in the tech specs category too – it has a 5.5-inch display, 2 GB of RAM, 32 GB of internal memory, a 2 GHz eight-core MediaTek processor, a 13 MP rear camera and a 2500 mAh battery. Despite this the main feature of Takee 1 is holography – it creates holographic objects that are managed by your eyes’ movement. Thus the end result is as if you see a real object in front of you that you can view from all sides just like any real object in life.

The creators of the smartphone think that holographic smartphones have a bright future ahead. They can be used in online games, online shopping, navigation and listening to music. As to Takee 1, the device will be on the market as soon as possible and will be available in three colors – white, black and 18K gold. No word on pricing but it will likely be expensive.