“Tired” of offering high-end and expensive smartphones, the Taiwanese HTC is currently working on a new budget smartphone that should help the company conquer the lower end of the market.

The information about an upcoming budget HTC smartphone was first leaked by the Portuguese branch of Vodafone, which included a picture of the smartphone in its May 2012 catalogue. Indeed there’s such a smartphone and it will be known as HTC Desire C, formerly known as Golf. 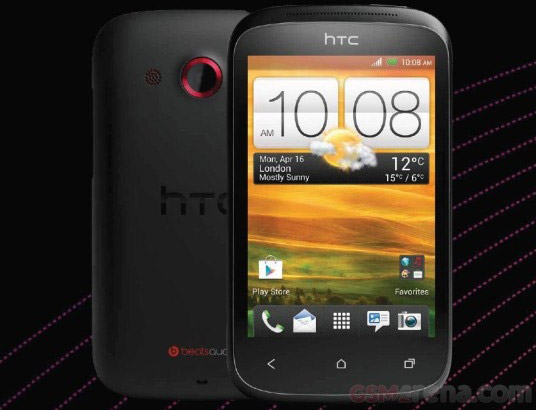 You should not expect top-notch hardware in a budget device and HTC Desire C proves this. Still the device comes with a 3.5-inch sensor HVGA display, working at 320 x 480 pixels, a single-core 600 MHz processor, 512 MB of RAM, 4 GB of on-board storage, a microSD card slot, a rear 5 MP camera, Wi-Fi support and a battery with a capacity of 1230 mAh. Best of all, the HTC Desire C runs Android 4.0 Ice Cream Sandwich.

The novelty should cost as much as 200 EUR.

AMD lowers prices of its graphics cards once again