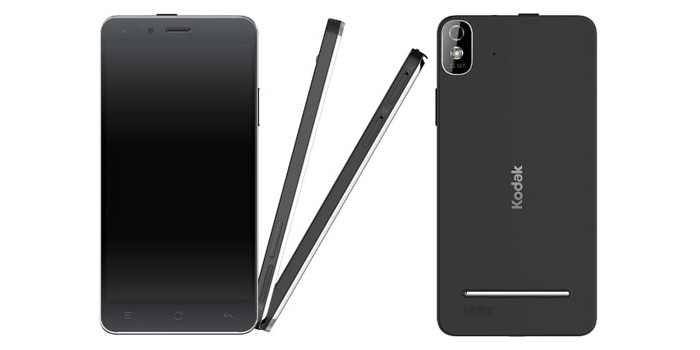 The US digital camera maker Kodak has released its first smartphone named IM5. The device is available on the European market only where the British company Bullitt Group is responsible for selling the handset.

The Kodak IM5 is based on the MediaTek MT6592 eight-core processor (ARM Cortex-A7 cores) at 1.7 GHz and has an integrated Mali 450-MP4 graphics core, a 5-inch sensor IPS display at 1280 x 720 pixels, 1 GB of RAM, 8 GB of internal memory, a microSD card slot for expansion (up to 64 GB), one rear 13 MP camera with a BSI sensor, autofocus, image editing software and more and a front 5 MP camera for people who like to take selfies.

Just like any other modern smartphone the IM5 offers Wi-Fi, Bluetooth 4.0, an FM radio, a GPS receiver, a micro-USB 2.0 port and a 2100 mAh battery. The IM5 also has support for two SIM cards.

The smartphone runs Android 4.4 KitKat and offers a future OS upgrade to Android 5.0 Lollipop. It costs EUR 280 with no contract but some mobile carriers offer the handset for free if you sign a 2-year contract.